It is with great pleasure that I introduce best selling historical writer, Anne O'Brien to talk to us today about Constance of York, who features in her latest novel, A Tapestry of Treason, which is published in hardback and ebook today by HQ.

Welcome back, Anne and congratulations of the publication of  A Tapestry of Treason

A Woman of Tarnished Reputation

Meet Constance of York, Lady Despenser, and her magnificently dysfunctional family in the reign of King Henry IV. Few families have come down through history with such a questionable reputation, and Constance not the least of them. Not averse to swapping allegiances with unnerving frequency, plotting murder and insurrection, they were a deviously cunning bunch, worthy of a soap opera. How could I not write about Constance and such a superb cast of characters?

- Her father Edmund, Duke of York , the most ineffectual and poorest of the five sons of King Edward III.

- Her mother Isabella, a Castilian Princess, with a reputation for easy morals.

- Her elder brother Edward, on the surface indolent and pleasure loving, but driven by hot ambition and with a sly charm to match it.

- Her younger brother Richard, penniless and lacking a title, damned with the taint of possible illegitimacy.

- Her husband, Thomas Despenser, as ambitious and self-seeking as the rest.

And what of Constance? Tradition says that she equalled her family in ambition and treachery, involving herself in every twist and turn of their conspiracies. History has damned her as a 'thoroughly bad lot'. Enjoying recognition at the vivid Court of Richard II, Constance could not accept the fall from grace that came with his overthrow and death. Thus her life became vicious and unprincipled, devoted to revenge, to restore her family's influence.

But was Constance as black as history paints her? Here we peek behind the tapestries and spy into her life more closely. Product of an affectionless family, committed to a loveless marriage, Constance's life was emotionally barren. No victim, she chose to live in an man's world and involve herself in her family's quest for power. That is until she fell in love, with all the possibilities of change and happiness. Unless Constance threw away her chances of fulfilment. Unless her lover abandoned her.

This is tale of treachery, that is true, but also of thwarted ambitions and betrayed love. It highlights the influence that a woman could use, but also the limits on that influence in the medieval world. Constance was a woman of misplaced loyalties but must be admired for her steadfast support of those who demanded her duty. The ultimate betrayal by Constance's lover brought her heartbreak and loneliness.

How could I possibly resist writing about her, bringing her to life? Constance is not an easy heroine, but she presents a formidable protagonist in A Tapestry of Treason.

Huge thanks to Anne for  being our guest author today and for sharing her thoughts about Constance of York.

A Tapestry of Treason

Anne O'Brien was born in the West Riding of Yorkshire. After gaining a BA Honours degree in history at Manchester University and a Master's in Education at Hull, she lived in the East Riding for many years as a teacher of history.

She now lives with her husband in an eighteenth century timber framed cottage in the depths of the welsh marches in Hertfordshire the borders between England and Wales. 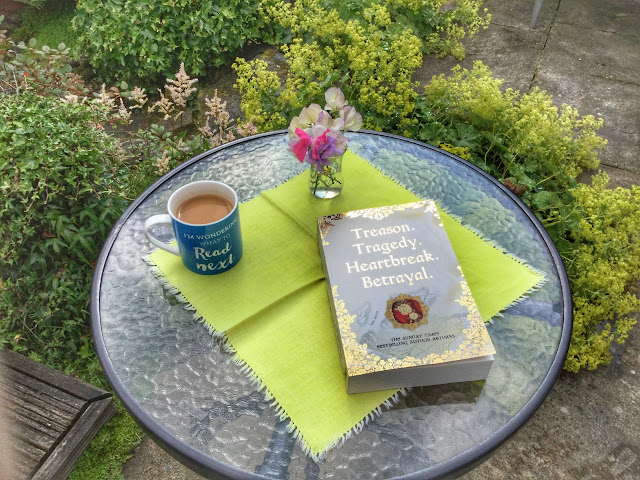