Blog Tour ~ At Your Door by J P Carter

What happens when the past comes back to kill you?

When DCI Anna Tate is called to the gruesome discovery of a dead woman found on Barnes Common, she is plunged into a high‐profile investigation involving a prominent MP. London is baying for blood – but is there more to Holly’s death than at first meets the eye?

Meanwhile, the hunt is on for Anna’s missing daughter Chloe, who vanished ten years ago when her father kidnapped her. The case has been cold for what feels like forever – but a phone call brings a brand-new lead…

Can Anna solve the murder case whilst dealing with her own personal demons? Or is someone from the past planning to get in her way?

Once again DCI Anna Tate and her team of detectives are called to investigate a complicated  murder, and the young woman who is found murdered on Barnet Common is far from ordinary as her complex home situation and her even more complicated love life goes on to prove.

The story moves between two plot lines, that of the current murder investigation which is fast and furious, and also giving more of an insight into DCI Tate's search for her own missing daughter. Those readers who have read the first book in this series, In Safe Hands, will be familiar with the reasons for Anna's search, and even if you are new to the series the author explains the background really well that you can easily pick up the gist of the story.

At Your Door is a clever and complex thriller with more than enough twists and turns to keep you guessing. For much of the story I was convinced that I knew who the perpetrator was, only to have my judgement questioned at the last minute and that's what I enjoy about this author's skilful writing and his ability to write so realistically from a female detective's perspective whilst at the same time keeping the integrity of the story alive.

At Your Door kept me entertained from start to finish, and I can only see the series going from strength to strength, certainly the dramatic conclusion to At Your Door, lends itself quite nicely to another nail-biting story. 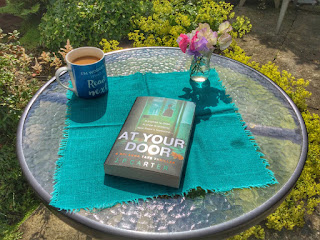 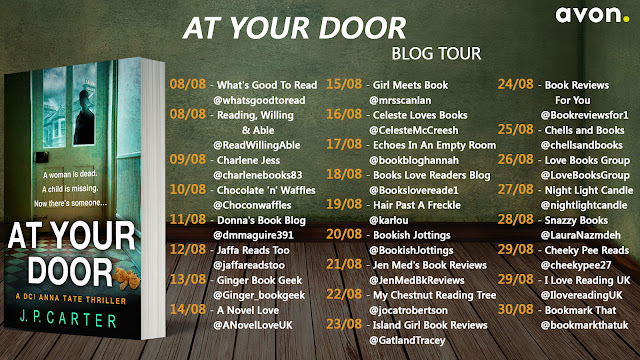