1660, England. War is at an end but for Christopher Morgan, his personalconflict rages on. Haunted by the tragic death of his wife, Christopher is desperate to escape the pain her memory brings, although looking into the eyes of his young son, Abel, he cannot help but be reminded of what he has lost.

Over time, father and son develop a strong bond until they are callously torn apart when Abel is snatched by smugglers and sold overseas.

From the shores of Constantinople to the coast of Jamaica, time and tide keep them apart. Christopher will sail across oceans to find Abel, never losing faith that one day they will be reunited, and, as the years pass, Abel will learn that fortune favours the brave.

When Christopher Morgan arrives at the Rumfustian Inn his life is in complete disarray but over time he settles into the running of the tavern and learns the hard way that he can't always rely on his neighbours to act in his best interest. The West Country in the 17th century is alive with intrigue, and when Christopher's young son, Abel, goes missing, the finger of blame seems to point at someone who bears a grudge towards Christopher.

Abel Morgan is only a child when his life takes an altogether different turn, and with a life of hardship ahead of him the story becomes a real swashbuckling adventure with tales of piracy on the high seas and of the dangers of life in the exotic port of Jamaica. Reading like a classic boys own adventure there is never a moment when the story doesn't lend itself to enterprise and intrigue and even though Abel's adventures take him into some dangerous situations, there is always a sense that, with his wits about him, Abel will survive whatever life throws at him. Christopher Morgan's desperate search for his lost boy will take him from meetings in London with Charles II, to dangerous assignations in Constantinople, where despite many setbacks and twists and turns, Christopher never stops hoping that his son will, one day, be returned to him.

The author brings alive both time and place, and allows the alternate narratives to give an exciting insight into both Christopher's and Abel's version of events. There's a great supporting cast of characters, I especially liked William and Jane at the Inn, and also, Turlough whose special role in the story made me quite emotional.

The Outrageous Fortune of Abel Morgan is an enjoyable 17th century historical romp which will appeal to those readers who like adventurous historical fiction. 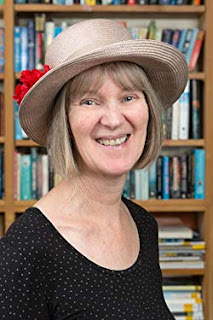 AUTHOR: Cynthia Jefferies is a long-established writer for children, whose work has been translated into more than a dozen languages. She was born in Gloucestershire and her love of history was encouraged by regular family outings to anything of interest, from great cathedrals to small museums. Having moved to Scotland and back to Stroud, she has always made time to write and her abiding interest in Restoration England has never left her. The Outrageous Fortune of Abel Morgan is her first historical novel for adults. 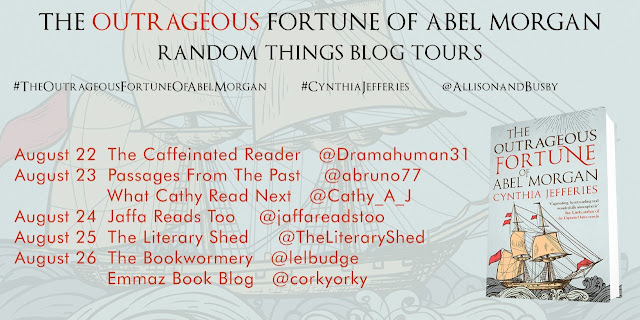