It is with great pleasure that I introduce the author, Maximilian Hawker,
to the blog today with this lovely guest post, featuring a rather special, Bronze-Age Jaffa

Jaffa, though a 21st-century cat, would find plenty to enjoy in Bronze-Age Wilusa. Of course, he’s a brilliant ginger in colour, but the Aegean sun would lighten his fur and his perpetual hunt for food should keep him lean and agile. By day, he would have wandered Wilusa’s lower town, ears twitching at the myriad tongues bartering through marketplace trade. But Jaffa is, first and foremost, a cat, which means he shelters somewhere shady – perhaps in a mud-brick house – and sleeps.

By night, Jaffa would have been in his element. Here he’d finds the bawling of intoxicated men; epic conflicts between stray dogs for fly-licked chunks of meat; other cats chanting poetry, simmering for love; and lung-rattling babies plundering the night for its natural peace. Beneath his paws, the dusty roads are finally cool and, above him, a perfectly starlit sky is incomprehensible. Further on, Jaffa goes, into the shadowed streets, where he cannot comprehend the girls, strolling in twos or threes, anticipating sales of intimacy to whichever drunk stumbles upon them first. His nose twitches as he finds balding men with grating voices selling skewered chunks of hissing meat, fresh from outdoor grills, to passing strangers who, having spent the evening drinking and smoking, have an overwhelming urge to feed.

Moving up from the depths of the lower town, he passes men holding large trays, upon which are scores of luck charms: poorly devised items of thin metal with – so the traders promise – the miraculous ability to protect the bearer from muggers, hangovers and the inevitable verbal assault of a wife angered by her husband’s late-night drinking sessions.

Jaffa slips past several guards – one shooing him along – and he saunters through a gate into the upper town, domain of the rich and royal. From the heights of the upper town, which inclines steeply, the view of the lower is comprehensive and, come sunrise, the streets will be visibly speckled with shards of clay pots, forgotten items of clothing and estuaries of urine. The Hittites did not worship cats in the same way as the Egyptians, but this doesn’t prevent a temple servant from bringing a bowl of water and some excess sardines out to Jaffa, stroking him briefly, before being yelled at by a priest to get back to work – ‘You think I keep you so you can play with animals, eh!?’ Jaffa enjoys his little treat but is not deterred from pressing on towards his ultimate destination.

The palace looms white and impressive on the crest of the hill and it is there that a form of luxury awaits Jaffa befitting only of cats and royalty. He doesn’t attempt to make an entrance through the main doors – he’s a cat after all, not a foolish dog – and shadows into the manicured gardens where olive trees and wild flowers abound. The smell wafting out from the kitchen windows is tempting, but Jaffa has an altogether different destination in mind. He springs silently up to a window that leads into a sconce-lit corridor, walls stucco-covered and ruddy with images of gods, festivals and all manner of beasts that would be far more perturbing to Jaffa were they there in the flesh.

Jaffa slinks out of the sight of servants, guards and dignitaries alike, their voices echoing around the palace – so much louder in his feline ears than in the weak ears of a human. He comes to a small chamber in which a boy sleeps, clinging on to a little ragdoll cat of his own. Jaffa jumps up onto the bed and settles into the quilt, licking at his paws as the pressure is relieved. He rests here awhile, soothed into sleep by the steady breath of the boy whose bed he has claimed for himself. When the sun-god, Appaliunas, draws up into a ruby sky in several hours, Jaffa will not have to hurry into the fields to start a day’s labour, nor sail out into an Aegean bay to net for fish – he is a cat, and cats have sat idly, contentedly, as human civilisation has flourished and fallen over the course of thousands of years. All he need worry about is fleas. 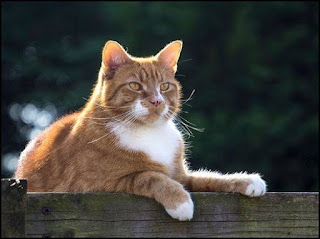 Huge thanks to the author for this guest post,

The Troy of myth was a real city and it was called Wilusa. This is its story... Hektor's life of privilege is forever changed when a man, allegedly possessed by the sun god, inspires revolution among the oppressed people of Wilusa. For Hektor, son of the city's despotic ruler, social equality contradicts every principle he has been taught. And his obsession with duty is alienating him from his own young son, Hapi, with whom he has a fractured relationship. But when Hapi's life is threatened, Hektor is compelled to question his every belief as he rebuilds his relationship with his child through the breaking of a foal. As Wilusa collapses into political violence and the commoners rise up, Hektor must finally decide whether to defend the people and lose his identity, or remain loyal to his irrational, dangerous father. 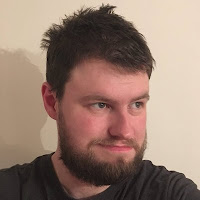 Maximilian Hawker is a 30-year-old writer who lives in Croydon, South London, with his wife and two daughters. He is author of the novel Breaking the Foals, due to be published with Unbound in March 2018. An alumnus of Kingston University, he has a postgraduate degree in English Literature and has worked in education, editorial and design. Currently, he works in frontline children's social care for Croydon Council, providing a service for care leavers and also runs a YouTube channel for looked after children and care leavers called formeR Relevant, which he aims to eventually promote at a national level. He has had poetry and short stories - occasionally nominated for awards - appear in publications run by Dog Horn Publishing, Kingston University Press, Arachne Press and Rebel Poetry, among others. He also aims to see the word 'asparagi' added to the English Dictionary, as its absence troubles him