The novel is loosely based on the incredible true story of Tom Bell who settled on an uninhabited pacific island with his family in 1878, six hundred miles north of New Zealand, in the Kermedecs, and who Lydia is related to by marriage.

After several failed financial ventures, the eponymous, Mr Peacock gathers together enough money to purchase Monday Island, a remote place in the Pacific Ocean. He then embarks, with his family, on a journey of discovery to a magical place with deserted beaches, wonderful waterfalls and clouds of birds. However, the Peacocks, find out, to their cost, that living on such a remote island isn't quite the idyll it seems.

Living so eccentrically seems to come, almost, naturally to the family but eking out an existence takes its toll on their welfare and eventually they realise that, in order to survive, they need help. And then, unexpectedly, a group of young men, who are native Pacific islanders, and also Christian converts, arrive on the island, but with their arrival comes uncertainty, thus giving the story a whole new dynamic.

Setting the novel in 1879 is inspired as it allows the characters to behave with all the constraints placed upon them by society as a whole, and yet, their very freedom on the island, is peppered with uncertainty and deeply dark secrets. Mr Peacock's Possessions has, at its heart, a family who are so dysfunctional, that it takes a while to get into their way of thinking and to understand their strained relationship with each other,

Within the whole of the Peacock’s island adventure there is much to digest, not just in the preciseness of the story, which focuses on survival and sustainability, but also on the quirks and foibles of the individual family members, and in particular that of the eldest daughter, Lizzie, a feisty and determined girl, who is more than a match for her wayward and obstreperous father.

Interspersed between the chapters about life with the Peacocks there is an interesting narrative by Kalala, one of the young islanders, in which we are given a very different view of the family, and of what’s happening to all of them on Monday Island.

The author writes well, and has used considerable research, alongside some personal family history, to bring this story alive. That this is done in such a distinctive way is credit to her skill as a storyteller, which brings Monday Island, the place and its eccentric inhabitants so vividly to life. 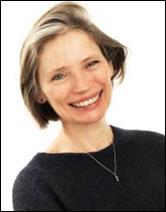 Lydia Syson is a fifth-generation North Londoner who now lives south of the river with her partner and four children. Lydia began her career as a BBC World Service radio producer, after receiving a double first in English from Oxford and an MA in critical theory from Southampton University. She has since written three critically acclaimed historical novels for young adults, each in some way inspired by the radical backgrounds of earlier generations of her family. Mr Peacock’s Possessions is Lydia Syson’s debut literary fiction novel for adults. 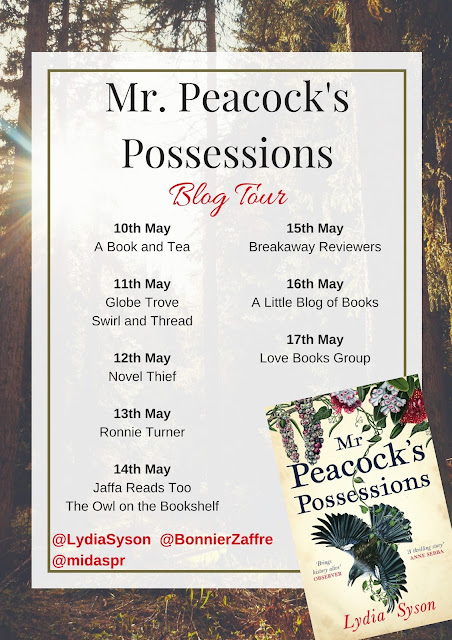