Grace sees her boyfriend Henry everywhere. In the supermarket, on the street, at the graveyard. Only Henry is dead. He died two months earlier, leaving a huge hole in Grace's life and in her heart. But then Henry turns up to fix the boiler one evening, and Grace can't decide if she's hallucinating or has suddenly developed psychic powers. Grace isn't going mad - the man in front of her is not Henry at all, but someone else who looks uncannily like him. The hole in Grace's heart grows ever larger. Grace becomes captivated by this stranger, Andy - to her, he is Henry, and yet he is not. Reminded of everything she once had, can Grace recreate that lost love with Andy, resurrecting Henry in the process, or does loving Andy mean letting go of Henry?


When someone close to us dies we sometimes think that we see them again in the most unlikely of places and the same is true of Grace, who thinks that she still sees her boyfriend, Henry, but, deep down, she knows that Henry was taken from her in a dreadful accident. Picking up the pieces of her life isn't easy but gradually with the help of family and friends, especially, Aoife, Grace starts to put together the home that she and Henry should have made together. That is, until the boiler breaks down and Andy, the man who comes to fix it, looks so much like Henry that it takes her breath away.

What then follows is a lovely story about coping with grief and loss and of how, it's possible to come through it, not unscathed, but with enough resolve to carry on. The author has brought this vision to life and shares Grace's story with empathy and understanding, whilst at the same time allowing us a privileged glimpse into the relationship she once had with Henry, and of her bewildered grief at his passing.

Andy's background is a complicated one and I enjoyed discovering just where he fitted into the greater picture of the story. The complex weaving of all the different strands is done with a lovely light, touch and whilst there is some inevitable sadness, there is also hope and the prospect of happiness.

Beautifully written from start to finish, Grace after Henry takes you straight into its heart, and whilst the sharp observations of grief create a feeling of sadness, there are also some really funny moments which make you smile, especially the times, Grace spends in the cemetery with the Three Wise Men and playing telly bingo with Betty.

Heart-warming, poignant, wise and wonderful, Grace after Henry is an unforgettable story which stays with you long after the last page is turned. 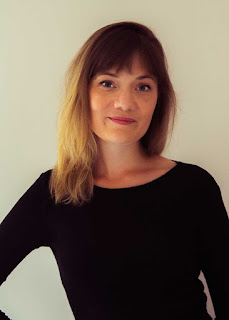 Eithne Shortall studied journalism at Dublin City University and has lived in London, France, and America. Now based in Dublin, she is chief arts writer for the Sunday Times Ireland. She enjoys sea swimming, cycling and eating scones

Grace after Henry is her second novel. Shortall's bestselling debut novel. Love in Row 27, has been optioned for a TV series by NCB Universal Studios International. the production company behind Downton Abbey. 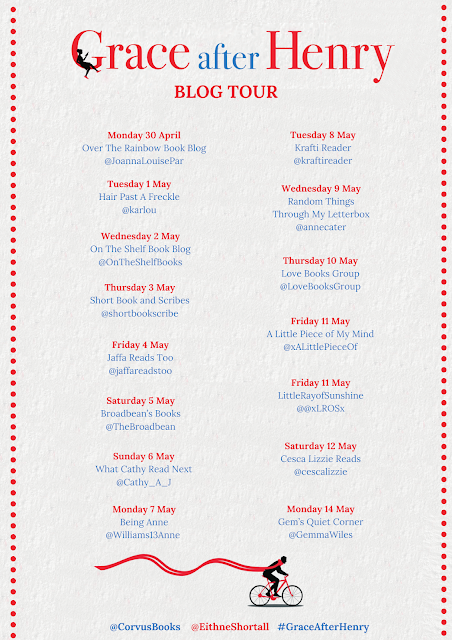