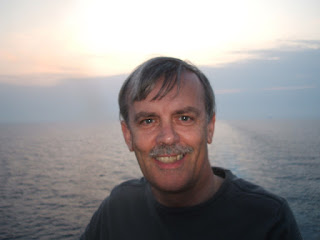 I’ve always wanted to write stories – really, from the time I was able to read. And I became fascinated by detective stories at a very tender age – just short of nine years old. (I tell the full story of how that came about in the introduction to THE GOLDEN AGE OF MURDER). I wrote a mystery at age 10 – the first in a series! – and a full-length thriller while I was training to be a solicitor (my parents had wisely urged me to get a ‘proper job’ so that I could pay the rent while trying to write). But I realised the thriller wasn’t good enough to publish, and so I never sent it anywhere. When I started working in Liverpool, I began to write articles, and later books, about the law. My first book’s unlikely title was UNDERSTANDING COMPUTER CONTRACTS. Surprisingly, it did quite well. But novels were what I wanted to write, and eventually I published ALL THE LONELY PEOPLE in 1991. The hero was, naturally enough, a down-at-heel Liverpool solicitor....

The British publishing world revolves around London, there’s no denying that. But I’ve always been devoted to my part of the country, and writing books set first in Liverpool and more recently in the Lakes has been  a source of great enjoyment. Also, technology means that you can live pretty much anywhere and still do quite a bit to promote your books.

Your novels are set in the North West but I wonder do the people and its landscape shape your stories in any way?

Absolutely. The Harry Devlin books couldn’t be set anywhere but Liverpool, and when I returned to the series after a ten year gap with WATERLOO SUNSET, I really enjoyed exploring the changes in the city during that time, through his eyes. The sub-text of the series is the metamorphosis of Liverpool since the dark days of the early 80s (which coincided with my arrival there, but I don’t think I was to blame....) In a different way the Lakeland landscape – and literary heritage – is at the heart of the Hannah Scarlett books. There the sub-text concerns the pressures on rural English life, and in particular on Lakeland life..

I have tried to ‘sell’ the North West many times during my legal career, explaining to disbelieving young solicitors why it would be appealing to relocate oop North. For those addicted to London, it’s only a train ride away, but the quality of life is immeasurably better here in my personal opinion. It’s not just that housing is so much more affordable (even in Cheshire!) but also that there is so much variety on your doorstep in terms of landscape and places to spend quality time. There’s culture aplenty – look at Liverpool’s museums and art galleries, let alone all the others – and plenty of peaceful places where you can get some writing done. An example, a short bus ride from Chester, is the unique Gladstone’s Library.

I always visit them, and for me it’s vital try to soak up the local atmosphere. So I explored Williamson’s Tunnels in Liverpool when working on FIRST CUT IS THE DEEPEST. I even dragged my protesting teenage children to Coniston for a very wet and cold February week-end so I could see what the place was like at the time when THE ARSENIC LABYRINTH was set. Luckily they are still speaking to me. Among many other examples, I’d highlight the fascinating west coast of Cumbria, around the intriguing ancient port of Ravenglass, which forms the backdrop to THE DUNGEON HOUSE. A wonderful part of the world, and very atmospheric.

I’ve been a member of the CrimeWriters’ Association for many years, and CWA events have helped me to form many friendships. I was a founder member of the very active Northern Chapter of the CWA, and later a founder member of Murder Squad, founded by Margaret Murphy and also including Ann Cleeves and Cath Staincliffe among others. Both groups are still going strong. I’m now the Vice Chair of the CWA, and a year ago I was elected eighth President of the Detection Club, which was the world’s first social network for crime writers. It was founded by G.K. Chesterton, Agatha Christie, Dorothy L. Sayers and several others; that trio were among my predecessors as President, so I’m honoured and excited to have the role. We have three dinners a year in London, and they are very convivial events. Apart from all that, I enjoy going to crime conventions here and overseas.

I’ve found libraries in particular very supportive of my writing, and I enjoy doing a range of library events – including talks, workshops, and murder mystery evenings. I’m concerned about the threat to library funding – libraries form an essential part of every community and any local council and government that is committed to improving community cohesion should take care to protect and enhance the library service.

THE COFFIN TRAIL is the first of the Lakes books, and a lot of people tell me they like to start there. My own favourite in that series is THE DUNGEON HOUSE, while I’m fond of YESTERDAY’S PAPERS and WATERLOO SUNSET in the Devlin series.

what makes living and writing in the North West so special.