Jaffareadstoo is delighted to be hosting


Day One of The Alibi Blog Tour 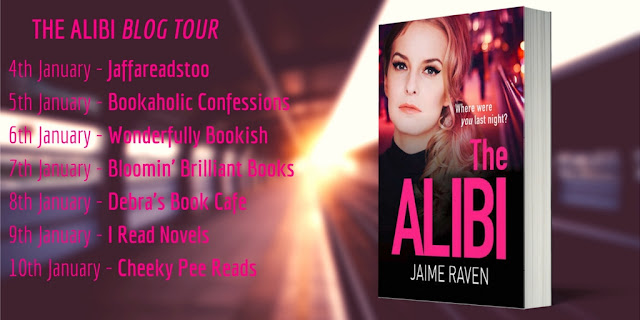 Guest post by Jaime Raven, author of The Alibi


‘You need a convincing alibi, Jaime,’ my friend Megan said to me. ‘Otherwise you’re going to be in the doghouse for months.’

It was New Year ’s Day a few years ago and I’d woken up on the floor of her bedroom. I had the mother of all hangovers, and my head was pounding like a drum.

I knew I was going to be in trouble because I wasn’t where I should have been – which was at home in my own bed. Instead I was two miles away in my friend’s flat trying to remember why I’d ended up there. It took a while for the memories to filter through the fog in my brain.

My partner and I were staging a New Year’s Eve party at our house in Southampton. My own daughters were going to be there along with some of our pals. Everyone knew I’d be late because I was travelling back from London.

And everything was going swimmingly until I met my old mate Megan on the train. She told me how miserable she was because she’d just got divorced and this was her first New Year’s Eve by herself.

I invited her to the party but she said she was too sad to mix with other people. But she wanted me to have a drink with her.

Well one drink led to another and then another. We ended up visiting three pubs and I got so smashed that I didn’t make it to the party.

Anyway, to cut a long story short I decided to lie through my teeth and tell my partner that I met Megan on the train and she was so distressed that I didn’t want to leave her alone. So I went to her flat and we shared a bottle of wine and lost track of time. Before I knew it we both fell asleep.

But the hole I had already dug for myself got a lot deeper as soon as I called home and belted out my fake alibi.

What I should have done was check the phone first because then I would have seen the photos I’d sent to my partner throughout the previous evening. There were a couple of ghastly selfies, Megan and I welcoming in the New Year with paper hats on our heads, and Megan being sick in the gutter.

Not to mention the text messages I’d fired off in my drunken state: ‘I love you honey,’ ‘It’s too late to come home,’ ‘Tell everyone I’m sorry,’ ‘Please forgive me,’ ‘Promise I’ll make it up to you,’ ‘Happy nude year!’

Needless to say I had no recollection of sending any of them or of ignoring phone calls from my partner, my daughters and my friends.

Thankfully my partner saw the funny side of it and we went on to get married two years later. But ever since then I’ve been on my best behaviour on New Year’s Eve and I always avoid drinking too much. 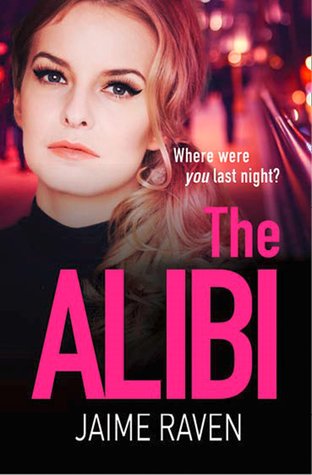 
Crime reporter Beth Chambers is committed to uncovering the truth – and she’s not afraid of bending the rules to get there. When troubled soap star Megan Fuller is found stabbed to death in her South London home, all eyes are on her ex-husband – the notorious gangster, Danny Shapiro.

Determined to expose Danny as a cold-blooded killer, Beth obsessively pursues him. But in her hunt for the truth, her family are set to pay the ultimate price…

Secrets, lies and revenge brim to the top in this gritty thriller.

Perfect for fans of Martina Cole and Kimberley Chambers.