Jaffareadstoo is thrilled to be part of the blog tour for 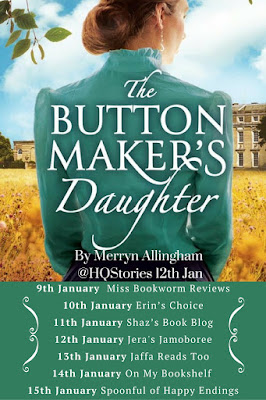 I am delighted to welcome the author, Merryn Allingham who is sharing her thoughts about the inspiration for her novel. 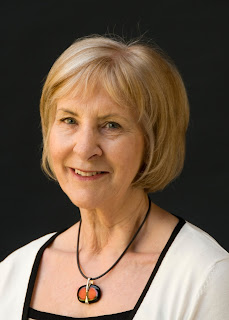 The Lost Gardens of Heligan

I visited the Lost Gardens of Heligan two years’ ago, ‘lost’ because they were only rediscovered in 1990 and since that time have been lovingly restored. The gardens’ heyday was the late Victorian/Edwardian period when owners spent a great deal of money, time and effort in creating a beautiful and exotic paradise. But, when in 1914, war came to England, everything changed. Over half the staff perished in the mud of Flanders and the gardens were left to a slow disintegration.

The buildings the gardeners had known in 1914 – the bothy, the melon house, the pineapple pit, among others – remained untouched. They had crumbled but stayed essentially the same. It was as though the gardens had slept for eighty years. Lead and zinc Victorian plant tags lay buried in the soil. A giant vine weaved its way through broken panes of glass in the walled garden. True romance! Not quite so romantic were the effects of requisitioning. In 1916, Heligan became a military hospital and during the Second World War housed the American army. The beautiful lawns, or what was left of them, were concreted to provide hard standing for tanks and jeeps, and the trees, many of them rare, used as target practice.

But what set me on the path to writing The Buttonmaker’s Daughter were the human stories. One that affected me greatly concerned the ordinary men whose labour created this beauty. One day in the summer of 1914, every gardener on the estate downed tools and walked together to Redruth, to enlist at the local recruiting centre. Most of the men never returned. A Day Book that listed every job completed, carried that day’s date but the rest of the page remained blank and poignantly, was never used again.

It was the image of those men, honourable and courageous, walking together to enlist in what they saw as a just cause, that stayed in my mind, and I knew I had to record that moment in a novel. My fictional estate, Summerhayes, is nestled in the Sussex countryside, rather than Cornwall, but it offers the same perfect idyll. And like Heligan, that idyll is disrupted by a war that looms ever closer, but disrupted, too, by conflict nearer to home - between neighbours and within the family itself. The summer of 1914 will change everything for the Summer family, as indeed it did for so many.

Nestled in Sussex, the Summerhayes mansion seems the perfect country idyll. But with a long-running feud in the Summers family and tensions in Europe deepening, Summerhayes’ peaceful days are numbered.

For Elizabeth Summer, the lazy quiet of her home has become stifling. A chance meeting with Aiden Kellaway, an architect’s assistant, offers the secret promise of escape, but her marriage to a man of trade has no place in her father’s plans. In the ensuing conflict, Elizabeth along with her family faces a dangerous future.

As the sweltering heat of 1914 builds to a storm, she faces a choice between family loyalty and an uncertain life with the man she loves.One thing is definite: this summer will change everything.

The Buttonmaker’s Daughter by Merryn Allingham is published on 12th January (HQ, £7.99) If you would like to keep in touch with Merryn, sign up for her newsletter at

My thanks to the author for her delightful guest post and to the publishers for their invitation to be part of this blog tour.

Do visit the other blog stops for more author content.