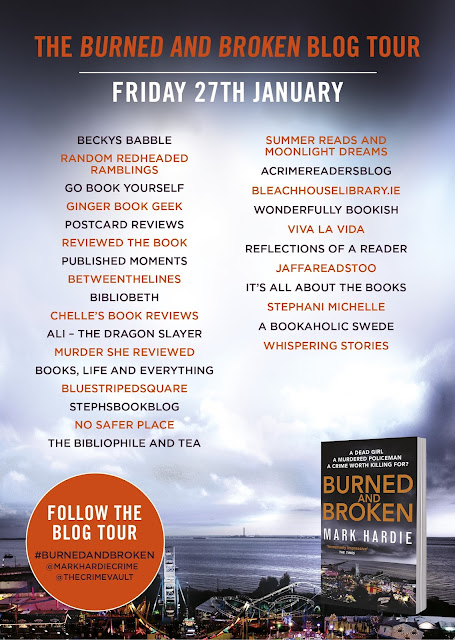 The charred body of an enigmatic policeman – currently the subject of an internal investigation – is found in the burnt-out shell of his car on the Southend sea front.

Meanwhile, a vulnerable young woman, fresh out of the care system, is trying to discover the truth behind the sudden death of her best friend.

As DS Frank Pearson and DC Catherine Russell from the Essex Police Major Investigation Team are brought in to solve the mystery of their colleague's death, dark, dangerous secrets begin to surface. Can they solve both cases,  before it's too late?

My thoughts about the book...

The story starts with a rather brutal prologue which sets the scene for this dark and gritty crime novel which investigates the murder of a serving police officer and the unexplained the death of a vulnerable young woman who has recently left the care system. On the surface these two deaths should be unrelated but as the Essex Police Major Investigation Team find out, nothing is ever as it should be when dealing with the complexities of major crime incidents. Set in the seaside town of Southend-on -Sea, there is a definite air of faded gentility to a town that is going downhill fast, and for police investigators DS Frank Pearson and DC Catherine Russell the more they delve into the events leading up to both these deaths, the more deadly secrets they start to unravel.

As with any new police procedural crime series there is a certain amount of getting to know the major characters and both Frank Pearson and Catherine Russell are written with more than enough going on in their private lives to be able to make an emotional connection to them. However, I thought that some of the other characters lagged behind in the personality stakes a little, but that's no bad thing, as sometimes, inevitably, you will like one character above another, that's the way life goes. The police procedural element to the story is well written with more than enough twists and turns in the plot to keep the reader guessing until the end, and I must say that I enjoyed trying to second guess the investigation.


Burned and Broken is this author's debut novel and I am sure that as the series progresses we will see the writing go from strength to strength.

Best Read With...  A few prawns, some crusty bread and a large glass of Chardonnay 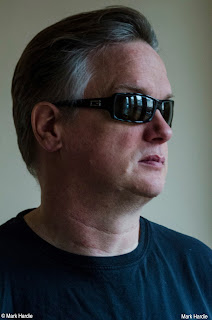 Mark lives with his wife Debbie in Southend-on-Sea.

My thanks to Clara at Little, Brown for the invitation to be part of this exciting blog tour.

Burned and Broken will be out in paperback in May 2017