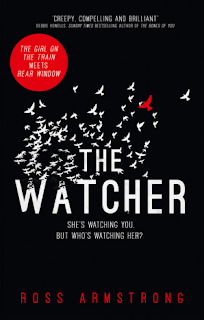 A keen birdwatcher, Lily Gullick loves watching the world through her binoculars. But she can’t seem to help using them to spy on her neighbours. Across from the new-build flat where Lily lives with herhusband, Aiden, something sinister is happening. In the crumbling estate complex, marked for demolition, Lily starts to see suspicious things beginning to happen. Then her elderly neighbour Jean is found dead,forcing Lily to confront what she thinks she sees to uncover the truth.

Intrigued by the social divide, and the gentrification that her local area seems to be going through, Lily knows that she has to act. But interfering is a dangerous thing, and soon Lily finds her own life threatened. The closer she gets to the truth, the faster she has to run.

Now that nothing is at it seems, can Lily trust everything she believes?

Maybe she isn’t the only one watching..


A blackly comic debut with an unreliable narrator and a classic Hitchcock feel, The Watcher is a highly contemporary and hugely compelling novel for people who enjoy books that you read through your fingers.

Here's the link to my review of The Watcher

My thanks to the Ross for taking the time to answer my questions about The Watcher... 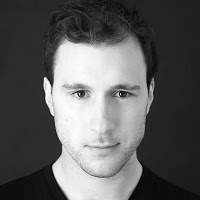 Hi Ross, welcome to Jaffareadstoo. Where did you get the first flash of inspiration for The Watcher?

The central character, Lily, actually virtually lives with me in the flat, which is quite awkward when I need some space on my own. By that I mean that the idea came to me with the setting, the inspiration being the view of my neighbourhood, and that first image and flash of possibility for a story happened on the very first day I moved in. This does mean however mean that every sight around here reminds me of her, or indeed a plot point to do with a murder that I’ve concocted vividly in my mind. Which is kind of creepy. I have to remind myself the book is an alternate version of reality, not reality itself.
It helped that I moved apartments recently, still staying in the building but away from the one where I wrote The Watcher. However, I’ve ended up in one of the other character’s flats! And spookily, having only imagined its look and dimensions in the book before living here, it is almost exactly as I had written.

It’s all about what Lily sees and a connection she makes with a woman over the road, motivated by a kind of gnawing middle-class guilt she has about living in a heavily gentrified area. When the woman ends up dead only a day after their encounter, Lily feels she is the only one able to solve what she believes to be a murder. Her thoughts soon turn everyone in the neighbourhood into suspects, many of whom she’s incidentally recently started to watch through binoculars and take notes on as if they were birds. Which makes us question whether this very unreliable narrator needs help in more ways than one.

What do you consider to be the strongest parts of the book?

I think the character of Lily has the ability to constantly draw strong feelings out of people through her strange manoeuvres. Even more so than I’d imagined before writing in fact. I like to think of my book structures as a tiny spotlight on a piece of a picture that slowly gets bigger until the whole, or almost the whole, is revealed. The clear but jagged way in which the story is told has, I hope, provided the most intriguing and leftfield angles to look at her character from, finally arriving at the most coherent understanding of her bizarre, impulsive behaviours.

The Watcher has been described as homage to Hitchcock, which other writers have influenced your writing?

So many writers and film makers from all different genres. I love Chuck Palahniuk’s ability to disturb and compel with what he calls his ‘transgressional fiction’, and he’s someone I’d like to emulate. I’m always blown away by Harlan Coben’s thrillers, Jonathan Franzen’s incisive human detail, Gillian Flynn’s meticulous swagger. I really like everything Lena Dunham does. Ian Rankin is always superb. Jon Ronson and Louis Theroux really inspire me. As do film makers like Clio Barnard, Andrea Arnold, David Fincher and Steve McQueen.

What is the main thing you want readers to take away from The Watcher?

It’s about sanity, community and the drives that keep people going, which are variously, bizarre, personal, constructive, destructive, but above all, make us the people we are.
It attempts to stare at us with binoculars, checking in to question whether this is the best way things could be. It suggests embracing divergence of character and opinions, and a need to break down the modern phenomenon of fear of community, which has been exacerbated by social media and twenty-four-hour fear-based news.
But essentially it’s all wrapped up in a twisting turning thriller that’s meant to be consumed in as few sittings as possible and keep people up all night.

The Watcher is your debut novel, are there any nuggets of wisdom you can impart to aspiring writers?

Write what you want to write, as if your parents will never read it, as if you will never be called on to explain yourself, and the most true and compelling story might appear. But also be generous to the reader. Try not to demonstrate how smart you are, instead focus on building the most fulfilling story, that’s what will stay with people, will entertain them, and then leave them thinking about it a little if you’re really lucky.

What’s coming next - more writing, more acting, or a bit of both ?

I’m in a new TV show called ‘Will’, which is a vibrant, punk telling of the Shakespeare’s coming to London, getting involved with the theatre, some amazing characters and coming up with the best plays ever written. I play a kind of desperately, wonderfully uncool love rival of his.

Then my next book I’m working on is about a man trying to solve the disappearance of a series of young girls in North London while recovering from a major head injury. It’s very much about perception and the brain. It’s kind of ‘The Man Who Mistook His Wife For A Hat’ meets ‘Seven’.
And, there could be more from Lily. She just won’t go away, and has so much to say.

Ross , thanks so much for spending time with us today and for giving us such a fascinating glimpse into the writing of The Watcher. 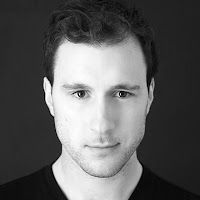