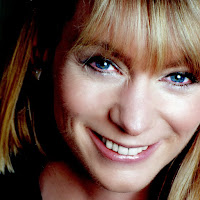 War might seem the antithesis of love, yet it’s a time when love often flourishes, as people who’ve been through horrific experiences seek comfort and perhaps some kind of affirmation that life is worth living. Couples who are already an item at the war’s beginning face huge challenges in the long separations and lack of news then, if reunited, they are often hugely traumatised and changed by what they’ve been through. Wars also bring together people who might not otherwise have met – people of different nationalities and cultures – and that’s always fascinating for an author.

When I was asked to write a book of true World War One love stories, finding the couples was the hardest bit. In order to get any kind of real insight, I needed couples whose correspondence survives, or who wrote a journal or memoir about their wartime experiences, and because it’s an illustrated book I also needed photographs. I wanted the majority of my stories to be about non-famous people so it was important to get permission from living relatives, and the Internet was my first tool for tracking them down. University libraries were valuable resources, because some couples had donated their correspondence to their alma mater, and I found others through war museums, local history museums, and sometimes websites set up by their descendants.

Out of all the relatives I contacted, I only found one man in his eighties who had living memories of the couple I was writing about – his parents, in that case. A hundred years is just too long. How many of us know much about our grandparents’ love lives, never mind our great-grandparents’?

But I had a huge surprise when I came across the letters of a Glaswegian chap called Hugh Mann to his girlfriend Jessie Reid. I liked Hugh immediately for his sense of humour. He could find a joke in virtually anything, writing, for example, that France during wartime was “an entirely unhealthy residential area”. Even when he was given sick leave in 1916 because of a case of recurring boils he wrote to Jessie that it “Was the ideal malady for a person of my sunny disposition because they don’t give me the least pain.”

Hugh was training to be a minister in the very strict Free Church of Scotland but, scandalously, Jessie fell pregnant during the summer of 1914. His career would have been destroyed if word got out so they had to get married post-haste and she was banished to Sheffield to stay with her married sister until after the birth. It was, wrote Hugh, “something of a debacle”.

As I read their letters to each other, there were many locations and names that rang a bell, and when I got in touch with Hugh’s great-niece it suddenly dawned on me that we are distantly related through my paternal grandmother. That made it personal. I am not going to tell you here what happened to Hugh and Jessie but let’s just say it can still make me cry if I talk about it.

I’ve written three books of wartime love stories, covering the First and Second World Wars and the American Civil War, and I also have a novel, No Place for a Lady, set during the Crimean War, which is about the love stories of two sisters who travelled out there. Each of the four wars was quite different in terms of the locations, the technology and therefore the type of fighting. The love letters were very different as well, with the 19th-century ones being passionate, flowery and rather formal, while the 20th-century ones are more chatty in tone, with the affection saved for a few lines at the end. In letters from the trenches in the First World War, British men adopted the characteristic stiff upper lip, and their letters are like postcards home from some rather grim holiday camp, where the food and the weather are particularly dire.

When war was declared in August 1914, everyone thought it would be over by Christmas. The long attrition of trench warfare was completely unexpected and unprepared for. No one had any idea that four years later these men would still be hunkered down in muddy, rat-infested trenches, waiting for a command to go over the top. It was all so new and so terrible. Perhaps that’s what makes their love stories the most poignant of all.

Gill’s novel No Place for a Lady is here:

If you live in the Cheltenham area, you can hear Gill talking about World War I Love Stories