and none more so than the work of author, poet and pacifist 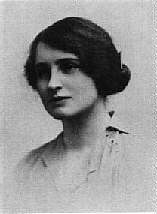 Vera Mary Brittain, Lady Catlin (29 December 1893 – 29 March 1970) was a British writer and pacifist, best remembered as the author of the best-selling 1933 memoir Testament of Youth, which recount her experiences during World War One.

Testament of Youth is, perhaps, one of the most famous autobiographies of World War One. It describes how Vera survived and of how she and others nursed the wounded, often in harrowing circumstances. Both her fiancé Roland Leighton and her brother Edward Brittain were killed in the war.

It is a poignant and timely reminder of a lost generation.

Here's one of my favourite poems by Vera Brittain

Ghosts crying down the vistas of the years,

Whose echoes long have died,

Over the sharp and blood-bespattered stones

Which cut our feet upon the ancient ways.


But who will look for my coming?


Long busy days where many meet and part;


But who will seek me at nightfall?


Light fading where the chimneys cut the sky;

Nor tarry at my door.

Behind the row of crosses, shadows black

Stretch out long arms before the smouldering sun.


But who will give me my children?


In the aftermath of the war such was the tragic loss of so many young men that the 1921 census showed that women outnumbered men by 2 million. A generation of young women were denied their chance of marriage and motherhood.

This is discussed in Singled Out: How Two Million Women Survived Without Men after the First World War By Virginia Nicholson 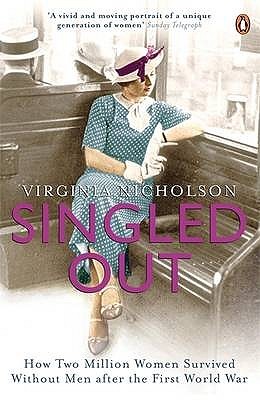 There is no doubt that the war left a shattering legacy and it it right and proper that we should continue to mark this centenary and honour their sacrifice.