I am delighted to be part of The American Blog Tour 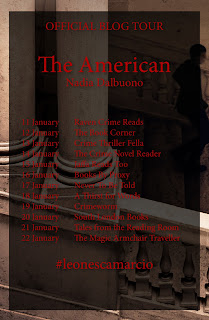 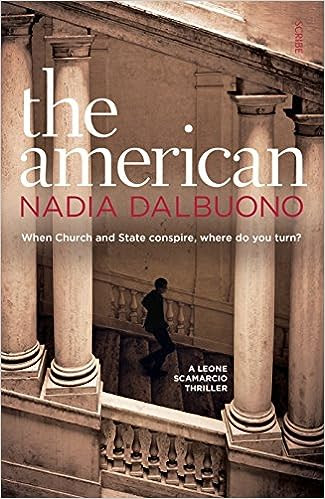 Harry Bosch has the darkest of dark pasts. His mother was a Hollywood prostitute who was murdered when he was just 11. When he later discovered the truth he dived to the bottom of a pool and screamed.  He spent his youth in various orphanages and youth halls, as well as with the occasional foster family. Bosch later joined the United States Army in ‘Nam where he was a "tunnel rat" – a specialized soldier whose job it was to infiltrate the maze of tunnels used as barracks, hospitals, and morgues by the Vietcong and North Vietnamese Army. Connelly allows these dark experiences to bleed through Bosch’s later life and this makes him a compelling character for me. Like Rebus, Bosch is always finding himself in conflict with authority, whether with his lieutenant, or a Deputy Chief of Police or the FBI. His confrontational side is basically down to his strong sense of right and wrong, coupled with scant regard for his own career. Connelly describes this trait as: "relentless". I think it’s this that makes Bosch such a convincing character: dogged, determined and flawed. I can’t get enough of him.

For me Holmes is defined by his drug use because it is the essence of his self-destruction. He use of cocaine, which he injects in a seven-percent solution with a syringe kept in a Morocco leather case, risks both his mental health and intellect. In "The Adventure of the Missing Three-Quarter" Watson says that although he has "weaned" Holmes from drugs, he remains an addict whose habit is "not dead, but merely sleeping". How could someone of Holmes’s abilities risk his talents in this way? I always found the dark side of Holmes fascinating, much more so than his powers of deductive reasoning. Conan Doyle decided to make him an adept bare knuckle fighter and it was surprising details such as these which lent Holmes a rough and unpredictable edge. This always prevented him from growing stale for me.

It’s always amusing to see Rebus bend the rules and ignore his superiors. Like many men his age, he has a tendency to bottle things up which inevitably takes a toll on his personal life and I like the way this cycle continues from book to book. Having spent a lot to time in the east end of Glasgow for work, I’m familiar with the dark heart of modern Scotland and to my mind the strength of the series lies in the way Rankin carefully peels back the seedy underbelly of Edinburgh life.

With his thirst for real ale and love of opera, poetry, classic cars, and the cryptic crossword, Morse always seemed the sullen embodiment of white middle class Englishness. I always liked the way Morse's relationships with authority remained ambiguous, likewise his relations with women.

Morse claims his approach to crime-solving is deductive, and one of his key tenets is that "there is a 50 per cent chance that the last person to see the victim alive was the murderer". For me his strength as a Detective came from his use of intuition and memory to get to the killer, combined with a piercing intelligence.

I read the Dalgliesh series quite some time ago now and always liked his cerebral and private nature. He wrote poetry, which seemed unusual for a copper back then. His isolation seemed all encompassing. He lost his wife in childbirth 13 years before A Mind to Murder, and was reluctant to commit himself afterwards. His sole family relation was his aunt. After her death, he inherited a converted windmill located on the desolate Norfolk shore and the isolation seemed total. There are many parallels between him and Morse in my mind.

Here's bit of book blurb about The American which is the second book in the Leone Scamarcio series of thrillers ...

As autumn sets in, the queues outside the soup kitchens of Rome are lengthening and the people are taking to the piazzas, increasingly frustrated by the deepening economic crisis.

When detective Leone Scamarcio is called to an apparent suicide on the Ponte Sant'Angelo, a stone’s throw from Vatican City, the dead man's expensive suit suggests yet another businessman fallen on hard times. But Scamarcio is immediately troubled by similarities with the 1982 murder of Roberto Calvi, dubbed ‘God’s Banker’ because of his work for the Vatican Bank.

When days later, a cardinal with links to the bank itself is killed and the CIA send a couple of heavies to warn him off the case, Scamarcio knows he's onto something big.....

...Huge thanks to Nadia and the team at Scribe Publications for their invitation to join in with this blog tour...