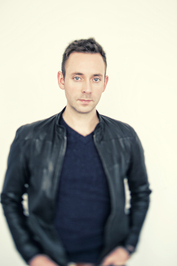 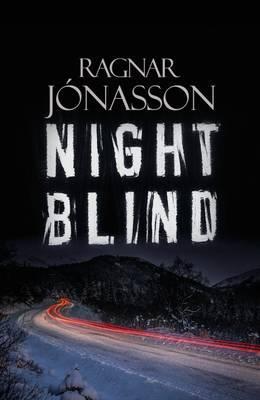 Ragnar Jónasson is the author of the international bestselling Dark Iceland series. His debut Snowblind went to number one in the kindle charts in four countries, shortly after publication, and continues to attract a great deal of attention. Ragnar was born in Reykjavik, Iceland, where he works as a lawyer.

What's Night Blind all about...

Siglufjörður: an idyllically quiet fishing village on the northernmost tip of Iceland, accessible only via a small mountain tunnel. Ari Thór Arason: a local policeman, whose tumultuous past and uneasy relationships with the villagers continue to haunt him.The peace of this close-knit community is shattered by the murder of a policeman –shot at point-blank range in the dead of night in a deserted house. With a killer on the loose and the dark arctic winter closing in, it falls to Ari Thór to piece together a puzzle that involves tangled local politics, a compromised new mayor, and a psychiatric ward in Reykjavik, where someone is being held against their will.Thena mysterious young woman moves to the area, on the run from something she dare not reveal, and it becomes all too clear that tragic events from the past are weaving a sinister spell that may threaten them all. Dark, chilling and complex, Nightblindis an extraordinary thriller from an undeniable new talent.


I'm not a great reader of Scandi noir as I sometimes find the stories difficult to get into, however, it must be acknowledged that that's more my fault than the fault of the fine Scandi Noir authors who write with such passion and enthusiasm. So, it was with some trepidation that I started to read Night Blind and I was surprised to find that, despite having no knowledge of what had gone before in Snow Blind, I was able to pick up the finer points of the story reasonably quickly.

Siglufjördur is a quiet fishing village on the northern most tip of Iceland, accessible only by a newly established mountain tunnel. Its idyllic location conjures the freshness of crystal clear skies and the heavenly glory of the northern lights, and yet, in this peaceful area not usually notorious for unsolved crime, comes the darkness of long buried secrets and the unpredictable sensation of not knowing who your enemy is. When a senior police officer is loured to his doom by person or persons unknown, it falls to the remaining officer, Ari Thór, to lead the investigation and to start to piece together the clues, such as they are.

What Ari Thór discovers as the story progresses is beautifully put together and the uncovering of a shadowy world of secrets is done with fine attention to detail. There is an overriding darkness to the narrative which could be due to its setting so close to the Arctic circle, where it must be said even the summers have an air of bleakness around them, or, as is more likely, it’s the ever present threat of danger, which unfolds throughout the story which has an inherent coldness to it and which transfers so well to the page.

Sometimes when you come late to a series with established characters, there’s always the possibility that you miss something vital about them. It could be a touch, a glance, an inner dialogue that you don’t understand and which then doesn’t seem to work so well, however, I quickly became quite intuitive about Ari Thór, who seems to have a charming vulnerability which is as endearing as it is mesmerising and I feel that, even at the end of Night Blind that I don’t know him well enough and now fully intend to read Snow Blind to see where his character really begins.

So overall, Night Blind is a really good thriller. It’s a quick read, coming in at just over 200 pages, but such is the succinctness of its narrative that by the ending all has been said and done and there is no need for any superfluous waffle.  It must be also recognised that the story has been considerately translated by Quentin Bates.

Best Read.... with snacks of hardfiskur and shots of Brennivin, Iceland’s vodka-like firewater..

Published on the 15th January 2016 by Orenda Books

My thanks to the author, Ragnar Jónasson and also to Karen at Orenda Books for their kind invitation to take part in this blog tour.


*Do visit the other stops on the tour*