Jaffareadstoo is thrilled to host today's stop on the 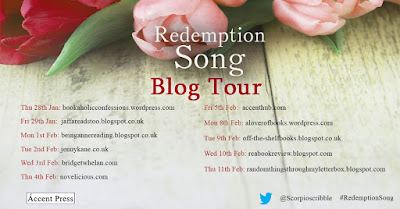 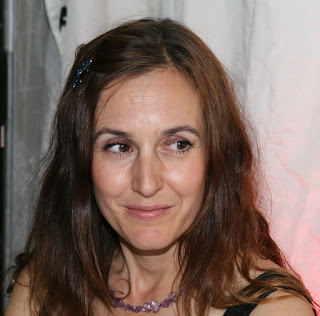 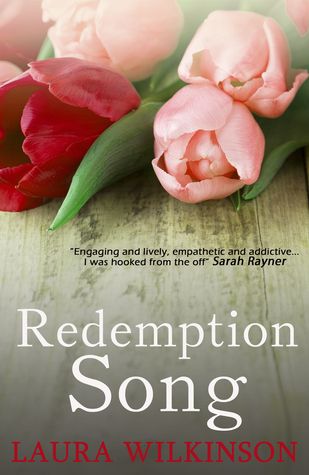 Hi Laura, I'm delighted to welcome you to Jaffareadstoo and thank you so much for sharing your love of red heads with us !!

For the Love of Ginger...

Other than a common thread of love, my three novels are diverse; touching on themes as broad as identity, parenthood, self-discovery, forgiveness and hope. Along with love, there is another factor which links all three: red-headed leads. There’s strawberry blond Jack (think young Robert Redford) in Bloodmining, ginger Yorkshire lass Mandy in Public Battles, Private Wars, and now there’s Saffron in Redemption Song, though at the story’s outset she has dyed her hair a dark brown. Why the proliferation of gingers? And what do readers expect from a hero or heroine with red tresses?

The why is straightforward to answer. Though it is rare worldwide (under 2%) all my family have red hair, apart from me, and I have two ginger sons. We even had a ginger tom cat, Hudson, when I was young. Jaffa reminds me of him. Family members cover the spectrum from a rich, chocolatey auburn to an orangey strawberry blonde, and I love them all and their unusual locks. Their hair has been a source of pleasure but, I’m afraid to say, mostly pain, so I like to wave the ginger flag vicariously. It’s homage to people I love, though I’ll stress that hair colour is the only thing my characters have in common with my family.

Red-headed leads are more prolific in children’s fiction – Anne of Green Gables, Ron Weasley, Just William’s side-kick and Pippi Longstocking immediately spring to mind – but they are harder to find in adult literature. One of my favourites is the eponymous heroine in Susan Fletcher’s brilliant debut Eve Green. So what do readers expect from red-headed characters? Fiery, feisty, passionate, hot-headed and quirky? Possibly, though I believe the modern reader is more discerning. Smarter. Not all flame-haired people have a quick temper – Homeland’s Brody strikes me as remarkably level-headed – and they are as easily temptresses (Rita Hayworth, anyone?) as quirky mavericks. It is a mistake to assume stereotypical behaviours on the basis of hair colour, and although appearance can define us, it need not. Myriad influences mould character.

So miner’s wife Mandy and doctor-in-training Saffron are female, young, and ginger, but they have little else in common. At 23 Mandy is married with four children; Saffron is footloose, if not fancy free – she’s anything but fancy free, weighed down as she is by tragedy and a dark secret, though she’s a fighter and regains a sense of hope through love. But because red hair makes such a statement, their attitudes towards their hair is significant. Mandy underestimates herself as much as she does the beauty of her hair and until she begins to value herself, she hates it. Saffron’s dyed hair reflects the darkness she feels inside herself. It is a character’s attitude to life, love, and their appearance, which shows us their mettle, not their actual appearance. And both Mandy and Saffron’s attitude towards their hair speaks volumes – at least, I hope so!

My next novel – Skin Deep – set for release in early 2017 doesn’t have a red-headed hero or heroine so marks a departure for me. In the meantime, I’m shouting ‘Up the Gingers!’ metaphorically via the lovely, fragile Saffron.

Thanks so much for having me over at your wonderful blog, Jo and Jaffa.

You're so welcome Laura - it's been a real pleasure to be part of your blog tour. 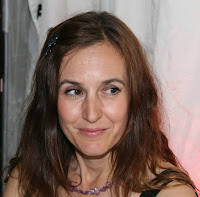 Laura has written three novels. Her third, Redemption Song, is published on 28th January 2016 by Accent Press. A fourth is due in early 2017. 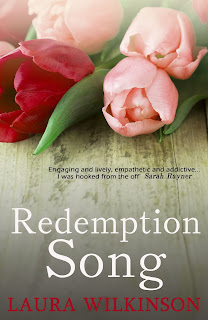 If you lost everything in one night, what would you do?

Saffron is studying for a promising career in medicine until a horrific accident changes her life for ever. Needing to escape London, she moves to the Welsh coast to live with her mother. Saffron hates the small town existence and feels trapped until she meets Joe, another outsider. Despite initial misgivings, they grow closer to each other as they realise they have a lot in common. Like Saffron, Joe has a complicated past…one that’s creeping up on his present. Can Joe escape his demons for long enough to live a normal life – and can Saffron reveal the truth about what really happened on that fateful night? Love is the one thing they need most, but will they – can they – risk it?
Redemption Song is a captivating, insightful look at what happens when everything goes wrong – and the process of putting the pieces back together again.

If you’d like more information about Laura and her work visit:

Huge thanks to Laura for her lovely guest post - Jaffa is delighted with the shout out to gingers!! 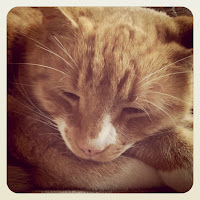