Delighted to welcome author Steven Manchester back to the blog to share an excerpt from his latest novel, Lawn Darts and Lemonade which is published today. 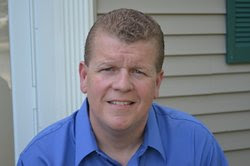 It’s here!!! Lawn Darts & Lemonade is a nostalgia-filled novel about growing up in a whacky family during the 1980s. Boom boxes, leg warmers and Rubik’s Cubes—it’s all there. A hysterical walk down memory lane!

It’s the summer of 1984, a season of dodging lawn darts and chugging lemonade—or at least the discolored tap water Ma tried to disguise as lemonade.
Growing up is never easy, no matter what era you do it in. For generations, teenagers have suffered peer pressure, bullying, fear of rejection, and a sadistic obstacle course of one unexpected challenge after the next. Three brothers, Wally, Herbie, and Cockroach, learn that the past can be filled with questions—even shame and regret—while the future might be shrouded in worry and fear. But staying in the moment, now that’s where the sweet spot is.

Armed with everything I needed for a full afternoon of sunbathing—a blanket, a bottle of baby oil, a half bag of Big League Chew and a Capri Sun juice pouch that I found buried at the back of the fridge—I brought the pristine boom box out to the yard. As I set up camp, I realized how significant this investment was. There was no extension cord long enough to reach the house, so I had no choice but to use eight D-cell batteries. At R&S Variety, this meant nearly a four-dollar loss, or a good percentage of my paper route’s weekly wages. On top of that, I’ll have to spend some God-awful afternoon playing the worst video game Atari ever released.
Ma didn’t have any beach towels and she would have screamed her head off if I’d used any of her “good” bathroom towels—which were nothing more than a stack of frayed and ratty cotton cloths stacked in the closet.
Instead, I claimed my territory on an old cowboy-themed blanket that Cockroach had grown too mature for. This certainly wasn’t the first time that same blanket had been used outdoors. I laughed, remembering when Cockroach and I once played Lone Ranger and Tonto, That wasn’t all that long ago. It felt strange, but I was already missing the old days.
The Wild West blanket was badly stained—probably from Pop changing the oil on the station wagon—but it had been washed and was clean. I knew this to be true because I was sharing the laundry duties with Wally now.
As I lay prone on my back, the boom box played one hit after the next: Hold Me Now by The Thompson Twins, I Can Dream About You by Dan Hartman, Electricity by OMD, Sunglasses at Night by Corey Hart, Drive by The Cars, Sister Christian by Night Ranger—one awesome song after another.
Barefoot and carefree, I took a few deep breaths and could feel the sun kiss my skin. The sky was sapphire blue, with a few wispy clouds floating by. A perfect day to get a tan, I thought, before scanning the sky for any sign of killer bees.
Between songs, the only sound was the draft of passing cars on the hot tar road out in front of the house.
Before long, I was sweating profusely and detecting the scent of chicken roasting. That smells good, I thought, my stomach churning. I hadn’t realized how hungry I was. And then it hit me. That’s not chicken. That’s my skin burning.
Choosing baby oil over Coppertone, I continued to bake in the sun. The tan will be worth it, I decided, I just need to rough it out for a while.
Although Donna and her friends used Sun In in their hair, my hair was already bleached blonde from several months of relentless sun.
Although I didn’t sleep, I did slip into a trance-like state of mind—perhaps from heat exhaustion, quickly heading toward heat stroke.
Sting from The Police was halfway through their popular song, Every Breath You Take, when I finally tapped out. I can’t take it anymore, I thought. My eyes were stinging from the constant flow of sweat and my lips felt like cracked asphalt stuck to my face. As I got to my feet, my head was swimming. I need to get out of here and find shade. I stumbled a few steps, staggering toward the house like it was some mirage in the dessert. I need water…bad.
Upon returning the giant portable entertainment center, Cockroach conducted a final inspection, removing the D cell batteries from the back. “I don’t want them exploding and corroding the rear compartment like Wally’s did.” He handed the used batteries back to me. “We’re good,” he said. “Just let me know when you’re ready to play E.T.?”
I nodded. “I will,” I said, hoping to push it off for as long as possible.
For all of my time and effort, I suffered the worse sunburn ever. My abdomen resembled a candy cane, striped in different shades of red. The pain was excruciating every time I moved.
“Lather this on,” Ma said, handing me a half-empty bottle of sticky green aloe. “It might be uncomfortable at first, but it’ll cool your skin.”
“Does it hurt?” Pop asked, struggling not to smile.
I nodded, wincing from the cool touch of aloe.
“It could be worse,” he said.
“How?” I asked, panting for breath.
“It could be me,” he said, grinning.
Ma slapped his leg. “These boys are gonna grow up someday and be bigger than you,” she said, teasing him, “and then you’ll be sorry.”
His grin disappeared. “Not matter how big these boys get, they’ll never raise a hand to me.” He looked at me and his smile returned. “They’ve been raised better than that.”
Still applying the cold aloe, I managed a nod. He’s right.
Wally continued to stare at me, shaking his head. “You look like the Heat Miser.”
“Thanks,” I said, trying not to grimace in pain and add to his joy.
“Poor guy,” Wally said, finally allowing himself to laugh, “I bet his hurts really bad.”
©Steven Manchester
About the Author
Steven Manchester is the author of the #1 bestsellers Twelve Months, The Rockin’ Chair, Pressed Pennies and Gooseberry Island; the national bestsellers, Ashes, The Changing Season and Three Shoe boxes; the multi award-winning novel, Goodnight Brian; and the beloved holiday podcast drama, The Thursday Night Club. His work has appeared on NBC’s Today Show, CBS’s The Early Show and BET’s Nightly News.
Twitter @authorSteveM
Website
Amazon  Amazon UK 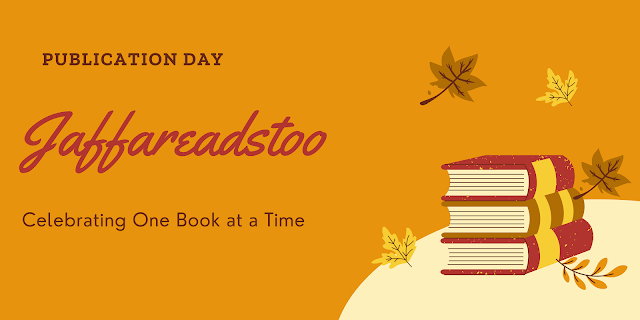