Paris, 1860s. For Mimi Bisset, survival is everything on the cobbled streets of the Paris slums. She tries to forget the pain of losing her daughter Colette: born out of wedlock and forcibly given away to a rich family. But Mimi’s world turns upside down after a chance encounter with handsome artist Édouard Manet. Boldly posing for portraits on Manet’s chaise longue, Mimi feels a wild freedom – and as Manet teaches her how to layer the vivid paints on canvas herself, a passion grows between them that breaks all the rules…
At Manet’s side, Mimi is caught up in his world. They dance all night at Paris’s new can-can clubs and drink absinthe at masked balls. But one day, strolling by the Seine on her lover’s arm, Mimi catches a glimpse of familiar green eyes… it’s Colette, with a family who Manet knew all along.
Although she’s reeling that the man she loved kept such a secret from her, Mimi is filled with hope she’ll finally get her daughter back. But when a terrible rumour begins to circulate about Mimi, the only place she has to go is back to the slums. Destitute, hungry and alone, can Mimi clear her name? Or will her heart shatter all over again when she loses her daughter for a second, final time? 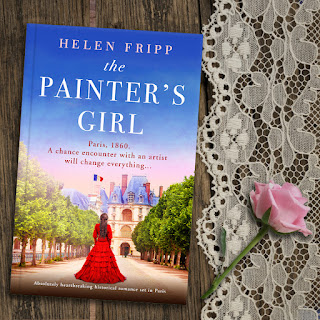 📖My review...
Growing up on the Montmartre streets of Paris have made Mimi Bisset into someone who can look out for herself and who isn't afraid to take chances. When she is offered work in a Parisian circus she grasps the opportunity with, quite literally, both hands as she trains to fly through the air as a trapeze artist with the renowned, Jules Léotard. When an untimely event brings her into contact with a group of artists who spend their time sketching the circus performers, Mimi finds that she is drawn into the progressive world of the French Impressionists. Her burgeoning relationship with Édouard Manet will take her far beyond the poverty stricken world she inhabits and into a glittering world of artists and their muse.
Beautifully reminiscent of a bygone era, the very essence of nineteenth century Paris comes alive with vibrant expectancy, whether it be high kicks at the Folies Bergère or mixing a paint palette of alizarin crimson and yellow ochre at Édouard's studio on the rue Bonaparte, the story brings us firmly into the colourful work of the Impressionist painters. And as her own artistry blossoms so Mimi starts to grow in confidence, seeing ahead of her a whole world of possibility. Cleverly combining historical fact with fiction this fascinating story allows us a glimpse into Mimi's world, her hopes and fears and her express wish to be reunited with someone very precious to her.
The Painter's Girl is beautifully written historical fiction. Imaginative and expressive I have loved following Mimi's poignant journey as she follows her dreams into a better future.
🍷 Best read with...a bowl of oysters and a glass of Muscadet
About the Author 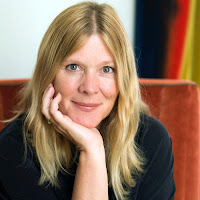 I love delving into the past and uncovering new stories, and in my writing, the tiniest historical detail can spark an idea for a whole chapter. My female characters rail against the social constraints to which they are subject and often achieve great success, but they are of course flawed and human, like the rest of us. It’s the motivations, flaws, loves and every-day lives of my characters that I love to bring life, against sweeping historical backdrops - and I will find any excuse to take off and research a captivating location or person for my next story.
My first novel is set in the Champagne region in France, and I’m currently working on my next one, set in late eighteenth century Paris. I spent a lot of time in France as a child, have lived in Paris and spent a year with my family in a fishing village in South West France, so that’s where my books have ended up being set so far. Who knows where next!
Twitter @helenfripp #ThePaintersGirl
Facebook
@bookouture #BooksOnTour
Amazon UK 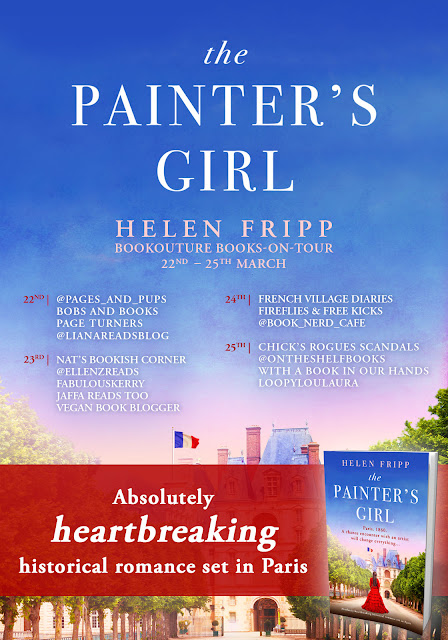