Norfolk, 1940. As war rages on, sisters Prue and Thea, along with the wider community of Great Plumstead, are doing all they can to help the war effort,from running the mobile canteen for the Women's Voluntary Service to organising clothing drives and collecting salvage.When, Anna, a young German girl who fled her country, seeks refuge in the village, Thea opens up her home, Rookery House, and invites Anna into their growing family. But while many in the village welcome Anna with open arms, others are suspicious of the new arrival.
As the war intensifies and panic sweeps the country, Anna is taken by the government who fear she's a spy. The women of Great Plumstead are already fighting their own battles on the Home Front, but will they come together in Anna's time of need to keep the newest member of their community safe from war?
📖My Review..
Those who have read the first book in this wonderful series will be as delighted as I was to return to the village of Great Plumstead in Norfolk where we meet again the characters we grew to know, and love,  in The Mother's Day Club. This story begins with the story of Anna Weissenborn who has escaped persecution in Germany in order to make a new life in England. However, in 1940 all enemy aliens are viewed with suspicion even those who pose no threat to the country's security. At first Anna is welcomed at Rookery House without prejudice from Thea, Hettie and Marianne, but there are some in the village who are, initially less welcoming. As the war grows ever stronger, Anna finds that her past is about to come back to haunt her, much to the dismay of those who have grown to know and love her.
I think this latest novel emphasises the difficulties that were being experienced on the home front. The very real threat of a German invasion is very much at the forefront of everyone's mind, and frequent air raid warnings and nights spent in Anderson shelters brings this danger ever closer. The way the women of Great Plumstead pull together in this time of great trouble is very much in evidence, be they making do and mending, restoring old clothes to use again, collecting bits of household rubbish to use as salvage or driving the WVS canteen around the area.
The Mother's Day Victory is a beautifully written story with a true sense of the camaraderie which brings the wartime spirit very much alive. There's warmth and wisdom, happiness and sadness, and yet throughout it all the women of Great Plumstead rally forth with stoicism and practical common sense.
📖 Best Read with... a slice of Hettie's Victoria sponge and a nice cup of tea.
About the Author 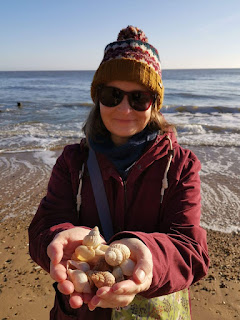 Rosie Hendry lives by the sea in North Norfolk with her husband and children. She writes uplifting, heart-warming historical fiction based on true events from our social history.Listening to her father’s tales of life during the Second World War sparked her interest in this period and she loves researching further, seeking out gems of real-life stories which inspire her writing.
Twitter @hendry_rosie
Facebook
Instagram
Website
@rararesources 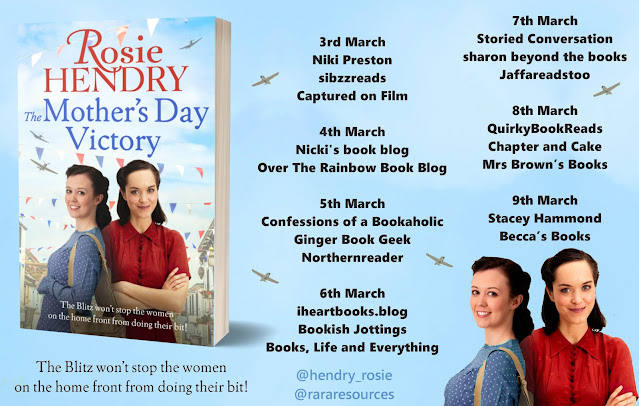