A gripping new crime series for fans of Val McDermid, Jane Casey, Cara Hunter and Mare of Easttown
CSI Ally Dymond follows the evidence – wherever it leads.
Her commitment to justice has cost Ally her place on the major investigations team. After exposing corruption in the ranks, she’s stuck working petty crimes on the sleepy North Devon coast.
Only when the body of nineteen-year-old Janie Warren turns up in the seaside town of Bidecombe can Ally put her skills to good use. Yet the evidence she discovers contradicts the lead detective’s theory. And no one wants to listen to the CSI who landed their colleagues in prison.
Time is running out to catch a serial killer no one is looking for – no one except Ally. What she doesn’t know is that he’s watching, from her side of the crime scene tape, waiting for the moment to strike. When he does, Ally will be forced to question the true nature of justice like never before.

The idea of starting a different crime series from the beginning is very appealing especially when it is a new author who is also just starting on this literary crime journey. I read a lot of gritty crime stories set mainly in UK cities so to retreat to the sleepy Devon coast will be a nice change of scene.

So as they say...watch this space..
@jaffareadstoo #FeatureFriday #amreading
Breakneck Point is available to pre-order from wherever you buy books.
Twitter @TinaOrrMunro #BreakneckPoint #FollowtheEvidence
@HQStories 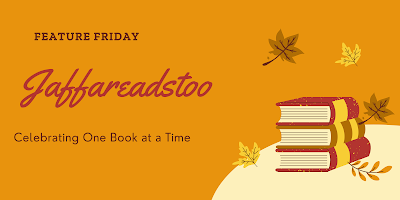