Everyone has a secret in Tall Oaks . . .
When three-year-old Harry goes missing, the whole of America turns its attention to one small town. Everyone is eager to help. Everyone is a suspect.
Desperate mother Jess, whose grief is driving her to extreme measures.
Newcomer Jared, with an easy charm and a string of broken hearts in his wake.
Photographer Jerry, who's determined to break away from his controlling mother once and for all.
And, investigating them all, a police chief with a hidden obsession of his own . . .
In Chris Whitaker's brilliant and original debut novel, missing persons, secret identities and dangerous lies abound in a town as idiosyncratic as its inhabitants.
📖 My Review..
Just occasionally when stuck for inspiration for something different read, granted that doesn't come around too often, but when it does I employ the pick a shelf, 7 books along method of choice. When Tall Oaks popped up as the 7th book along on my second book shelf, I must confess it has lingered there since it was first  published back in 2016.
The story takes us to the small American town of Tall Oaks where three year Harry has gone missing from his home, not only does this tragedy devastate his mother, Jess, but also continues to haunt Jim, the enigmatic police chief, whose hidden obsession with the case is what keeps him focused. Into the mix comes a selection of townsfolk, each have their quirks and differences, but all have something about them which makes them utterly unique and which connects them in so many different ways.
The story moves seamlessly, with moments of humour which made me laugh out loud but there's also a haunting sense of sadness especially as the story of the missing child runs throughout. The beautifully reflective writing brings the angst of small town America so perfectly to life that I felt as if I stood watching the scenes unfold before me with an almost cinematic precision. With a delicious subtlety, which belies its strength, Tall Oaks is one of those stories which lingers long after the last page is turned.
Tall Oaks was a brilliant debut for this talented writer who has since gone on to write a number of bestselling novels.
Just goes to show that on every book shelf lies a hidden gem ...😄
🍺Best read with..a glass of cold beer..
About the Author
Chris Whitaker is the award-winning author of Tall Oaks, All the Wicked Girls, We Begin at the End, and The Forevers (YA). His debut Tall Oaks won the CWA John Creasey New Blood Dagger Award. An instant New York Times bestseller and the #1 Indie Next Pick, We Begin at the End was a Waterstones Thriller of the Month, a Barnes & Noble Book Club Pick and a Good Morning America Buzz Pick. The novel won the CWA Gold Dagger Award, the Theakston Crime Novel of the Year, and the Ned Kelly International Award.We Begin At The End has been translated into twenty-five languages, with screen rights going to Disney. He lives in the UK with his wife and three children.
Twitter @WhittyAuthor #TallOaks 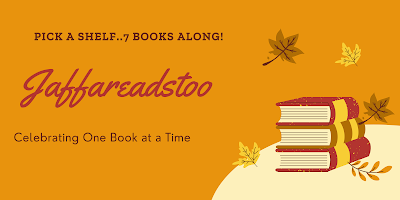