Life in London has lost its sparkle for Stella Simpson.
So when she gets the opportunity to escape to the country for a year, it seems too good a chance to miss. In the beautiful Somerset countryside, the majestic Roseford Hall has been painstakingly restored and is now ready for its grand opening. And as the writer in residence, Stella gets to see it all – from the rowdy resident peacocks, the hidden secrets of the Hall, to befriending the Lord of the Manor himself.
At the other end of Roseford, single father, Chris Charlton is facing his own refurbishment woes. Rocked by a tragedy two years previously, his plans for crumbling Victorian wreck Halstead House are as stuck as he is.
As Roseford Hall prepares to welcome a new era, and Halsted House’s future is under threat, Chris and Stella find themselves drawn to one another. Can they finally leave their pasts behind, and will Chris and Stella be able to embrace their new beginnings together – or apart…
📖 My Review ...
Although anxious about leaving London, journalist, Stella Simspon is excited to take up an appointment as writer in residence at the newly renovated Roseford Hall. Meanwhile her new landlord, Chris Charlton is facing a few difficulties of his own as he seeks to bring Halstead House, his crumbling Victorian residence, into some semblance of order. Initially, Stella and Chris don’t see the best in each other but as the story progresses we start to see their relationship evolve.
The author has a lovely way of making the characters so believable that they seem like people you could easily meet and enjoy spending time with. The story flows beautifully, with a lovely light touch and a fine eye for bringing both place, and people, to life. I was just as comfortable spending time at Roseford Hall, as I was in the gatehouse where Stella lives, or alongside Chris as he struggles with the size of the renovation project at Halstead House. I found this to be a really lovely story as not only do we see Stella increase in confidence but we also get to spend time in the beautiful Somerset countryside. I especially enjoyed reading of the beautiful Roseford Hall and the way in which Stella, in her role as writer in residence, brings the ambiance of the house alive.
Over the past couple of days, reading New Beginnings at Roseford Hall has been the ideal place to escape to when the world has seemed a very grey place.
📖 Best read with...a gulp, or two, or champagne..
About the Author 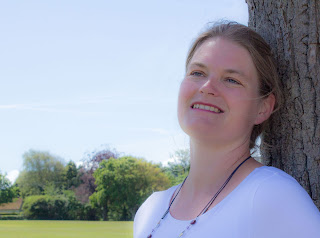 Fay Keenan is the author of the bestselling Little Somerby series of novels. She has led writing workshops with Bristol University and has been a visiting speaker in schools. She is a full-time teacher and lives in Somerset.
Twitter @faykeenan #NewBeginningsatRosefordHall
@BoldwoodBooks #BoldwoodBloggers #Bookandtonic
BookBub
Website