1464. Family conflicts, Lancaster against York, the fight for the English throne continues... During the early years of his reign, Edward IV of York battles to bring peace and stability to the country, as Henry Beaufort, Duke of Somerset, raises support in the north, attempting to return the Lancastrian king, Henry VI, to the throne.
With uprisings imminent, the Earl of Warwick pursues a marriage alliance with France, determined to bring about a friendship between the two countries and suppress support for Lancaster. Unhappy with the match, Edward meets Elizabeth Woodville, daughter of a squire, and marries in a secret ceremony. With verbal agreements broken, friendships damaged and old divisions reappearing, Edward finds himself facing new enemies much closer to home.
Set during the Wars of the Roses, this is the second volume in the House of York trilogy.

📖 My Review...
If there is one period in history where I would like to go back to be a fly on the wall it would be to spend time at the court of Edward IV. This charismatic young man had all the attributes of a King and was certainly no stranger when it came to facing danger. In this second volume of the House of York trilogy we meet Edward when he is keeping a somewhat tenuous hold on his newly acquired crown. Political maneuverings notwithstanding this is a time of great change. The old Lancastrian order is in decline and even three years into Edward's reign there are still schemers who would prefer to see the red rose of the House of Lancaster prevail again over the white rose of the House of York.
Although I haven't read the first book in the series I was easily able to pick up the story and soon became engrossed in the political, and courtly, shenanigans which makes this such a vibrant time in history. Concentrating on the key moments in Edward IV's early reign we start to build up a picture of just how momentous his time on the throne was and how he sought to bring peace and prosperity to a country which had been bedeviled by war. There were some nice romantic interludes, it was interesting to see Edward's clandestine relationship with Eleanor Butler mentioned and of course his passionate, and sometimes stormy, marriage with Elizabeth Woodville is expertly brought to life..
The York King is a very readable account of the early tumultuous years of Edward IV's reign. Beautifully written, and intricately researched, the steam of battle and the whispers of intrigue bring the history of the age alive in a vibrant and imaginative way. I felt that the story ended in a perfect place to take the story forward in the final book in the trilogy.
📖 Best read with... a cup of freshly brewed ale and the tang of woodsmoke..
About the Author 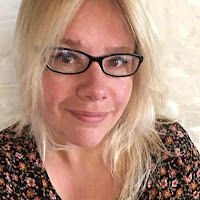 Amy Licence is an historian of women’s lives in the medieval and early modern period, from queens to commoners. Her particular interest lies in the late fifteenth and early sixteenth century, in gender relations, queenship and identity, female orthodoxy and fertility and childbirth. She is also interested in modernism, specifically Woolf and the Bloomsbury Group, Picasso and Post-Impressionism. She has been a teach for over twenty years. Amy has written for The Guardian, The TLS, The New Statesman, BBC History, The Huffington Post and contributes regularly to BBC History Magazine.
Twitter @PrufrocksPeach #TheYorkKing
@lume_books
@RandomTTours 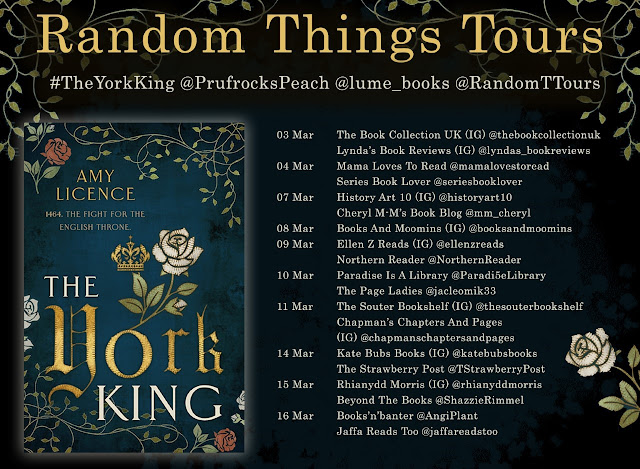