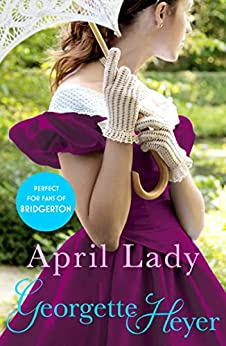 Check out the trailer

Click on the link to Amazon UK
Some of my first Regency Romances were the wonderful novels of Georgette Heyer which are still as fresh as the day they were written. Think Bridgerton ...without the steam !
About the Author
Georgette Heyer was a prolific historical romance and detective fiction novelist. Her writing career began in 1921, when she turned a story for her younger brother into the novel The Black Moth.
In 1925 she married George Ronald Rougier, a mining engineer. Rougier later became a barrister and he often provided basic plot outlines for her thrillers. Beginning in 1932, Heyer released one romance novel and one thriller each year.
Heyer was an intensely private person who remained a best selling author all her life without the aid of publicity. She made no appearances, never gave an interview and only answered fan letters herself if they made an interesting historical point. She wrote one novel using the pseudonym Stella Martin.
Her Georgian and Regencies romances were inspired by Jane Austen. While some critics thought her novels were too detailed, others considered the level of detail to be Heyer's greatest asset.
Heyer remains a popular and much-loved author, known for essentially establishing the historical romance genre and its sub-genre Regency romance.
Twitter @PenguinUKBooks #GeorgetteHeyer
#RegencyRomance