Book Review ~ Wintering : A Season with Geese by Stephen Rutt

A celebration of winter and of the bird that heralds it; the perfect seasonal gift book for bird lovers
The arrival of huge flocks of geese in the UK is one of the most evocative and powerful harbingers of winter; a vast natural phenomenon to capture the imagination. So Stephen Rutt found when he moved to Dumfries in the autumn of 2018, coinciding with the migration of thousands of pink-footed geese who spend their winter in the Firth.
Thus begins an extraordinary odyssey. From his new surroundings in the north to the wide open spaces of his childhood home in the south, Stephen traces the lives and habits of the most common species of goose in the UK and explores the place they have in our culture, our history and, occasionally, on our festive table.
Wintering takes you on a vivid tour of the in-between landscapes the geese inhabit, celebrating the short days, varied weathers and long nights of the season during which we share our home with these large, startling, garrulous and cooperative birds.
What did I think about it..
It's that time of year when I look to the skies to see large skeins of geese flying south. I live in the north of England, reasonably close, well, as the geese fly, to a number of wetland areas. I like to imagine that they are heading off to spend their winter at one of those sheltered places. I've no idea the type of geese, but their honking cry can be heard even when they are a couple of hundred of feet in the sky above me.
Wintering celebrates the migration of geese in a beautifully descriptive book which looks at all the reasons why they leave their summer breeding grounds to head south to warmer climes. We think of the British Isles as being a cold place over winter and yet the geese must find it positively balmy when compared with the desperate chill of the Arctic tundra, or the icy cliffs of Svalbard.
The author shares his considerable knowledge with references to others who have also made geese their area of expertise and together they give a fascinating glimpse into the migratory life of this stalwart and rather belligerent bird. After an informative introduction into how the author came to live in Dumfries just as thousands of pink footed geese were making their annual migratory journey south, the book is then divided into easy to peruse sections which describe the more common geese, namely Pink-footed, Barnacle, Greylag, Brent, White-fronted and Bean, who are often found wintering in our countryside or in those areas which are managed by the Wildfowl and Wetlands Trust.
The author has a lovely way of bringing these birds to life in an almost poetic way, marveling at their ability to adapt and settle when conditions haven't always been to their advantage but with more considerate management their numbers are now increasing and we are so much the better for that. It also observes, not just the arrival of the geese, but also the natural beauty of the British Isles and the joy of the natural world in all weathers from the start of September when the geese make their noisy arrival, to April when they head back to the Arctic Tundra and the cliffs of Svalbard to start the cycle all over again.
I live very close to the Leeds and Liverpool canal and its a real joy to see geese making their home on the waterways. I think the Greylag are my favourite, their inquisitive faces and delicate orange beak make them endearing even when they honk and hiss for getting too close with the camera.
About the Author
Stephen Rutt is an award wining writer, birder, naturalist and book reviewer whose work has appeared in EarthLines Magazine,Zoomorphic, The Harrier, Surfbirds, BirdGuides and the East Anglian Times. He is the recipient of the Roger Deakin Award from the Society of Athors for The Seafarers, his first book, which won the Saltire First Book of the Year in 2019. Stephen currently lives in Dumfries.
Twitter @steverutt #Wintering
@eandtbooks
@alisonmenziespr 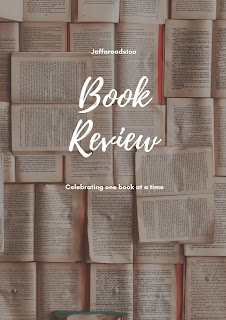