Blog Tour ~ Stick A Flag In It by Arran Lomas

The British people have always been eccentric, occasionally ingenious and, sure, sometimes unhinged – from mad monarchs to mass-murdering lepers. Here, Arran Lomas shows us how they harnessed those traits to forge the British nation, and indeed the world, we know today.
Follow history’s greatest adventurers from the swashbuckling waters of the Caribbean to the vast white wasteland of the Antarctic wilderness. Learn about the British spy who infiltrated a top-secret Indian brothel, and the priest who hid inside a wall but forgot to bring a packed lunch. You’ll discover Henry VIII’s favourite arse-wipe, whether the flying alchemist ever made it from Scotland to France, and the connection between Victorian coffee houses and dildos.
What did I think about it..
I love reading the quirky bits of history, which make up our heritage, and Stick A Flag In It takes us through a thousand years, from the moment of William's conquest in 1066, right the way through to Ernest Shackleton's Antarctic exploration aboard the Endurance in 1916.
All the relevant historical ages are covered, each with fascinating snippets of facts that you really didn't learn in school, and all of which are presented in an easy to read format. The author has a relaxed style of writing so that it feels like you are having a conversation with him, just taking in the bizarre bits of history which make our isles and islands such a fascinating conundrum. There's nothing boring or stuffy about Stick A Flag In It and I soon found that I was quite often smiling at some unusual piece of history.
Stick A Flag In It can be read by starting at the beginning and working your way through, or you can, as I did, dip into and out of which ever period in history takes your fancy. Each section is clearly marked in the index so  you can very easily jump from the Crusades to Revolution in a matter of moments. My first port of call was in 1216 with John loses the Crown Jewels in the Wash, I've always been fascinated that a king could lose his entire baggage filled with vast wealth ...and in 900 years it's never resurfaced,
Stick A Flag In It is for those who don't take their history too seriously but that doesn't mean its weak on content, far from it, there's  been a tremendous amount of research undertaken to bring this book to life and all credit to the author for making a thousand years of history into such a fun and lively read!
About the Author 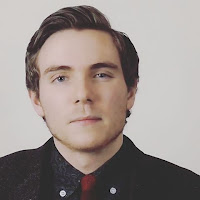 Arran Lomas is the man behind the hit YouTube channel Thoughty2. Since 2012 he has created videos on every topic from space, crime and medicine to conspiracy theories, food and social issues and, of course, history. He was raised in Lancashire – the birthplace of the Industrial Revolution  and has always been captivated by the world around him, driving him to uncover its history and secret. 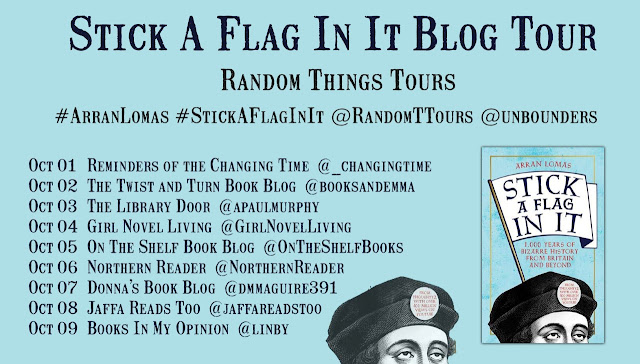 Boldwood Books 29 November 2022 My thanks tot he publishers for my copy of the book and to Rachel's Random Resources for the invitation ...