Blog Tour ~ A Conspiracy of Silence by Anna Legat (Giveaway)

When a body is found in the grounds of a prestigious Wiltshire private school, DI Gillian Marsh takes on the case. The young groundsman, Bradley Watson, has been shot dead, pierced through the heart with an arrow.
As the investigation gathers pace, DI Marsh is frustrated to find the Whalehurst staff and students united in silence. This scandal must not taint their reputation. But when Gillian discovers pictures of missing Whalehurst pupil, fifteen-year-old Rachel Snyder, on Bradley's dead body - photos taken on the night she disappeared, and he was murdered - the link between the two is undeniable.
But what is Whalehurst refusing to reveal? And does Gillian have what it takes to bring about justice?
What did I think about it...
When the body of a young man is found in the grounds of an exclusive boarding school it opens up a whole can of worms which on closer inspection causes DI Marsh and her investigative team a whole heap of trouble. Add into the mix the desperate search for a young pupil of the school who also went missing at the same time and before long this complex investigation is throwing up rather more questions than it does answers.
DI Gillian Marsh is now firmly established in her role as detective inspector and it's obvious that she doesn't suffer fools or allow anyone to get in the way of her investigation and that includes a belligerent headmaster who takes it as a personal affront when the detectives want to tear his school apart in their search for vital clues into the  murder mystery.
The story moves along at a cracking pace and the author keeps the momentum alive by adding in the occasional red herring but always with a fine eye for detail and a keen sense of mystery. I've really enjoyed being in DI Marsh's company as she pieces together all the clues, and the cracking conclusion to the story is definitely one I didn't see coming.
A Conspiracy of Silence is the #5 book in the DI Gillian Marsh series and whilst it can be read as a standalone story as with all book series it's always better to start at the very beginning.
About the Author 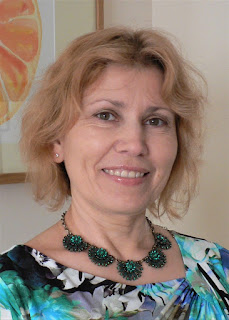 Anna Legat is a Wiltshire-based author, best known for her DI Gillian Marsh murder mystery series. A globe-trotter and Jack-of-all-trades, Anna has been an attorney, legal adviser, a silver-service waitress, a school teacher and a librarian. She read law at the University of South Africa and Warsaw University, then gained teaching qualifications in New Zealand. She has lived in far-flung places all over the world where she delighted in people-watching and collecting precious life experiences for her stories. Anna writes, reads, lives and breathes books and can no longer tell the difference between fact and fiction.
Twitter @LegatWriter
Facebook
Amazon UK
@rararesources
Giveaway to win a DI Marsh series mug and the first four books in the series (UK only) 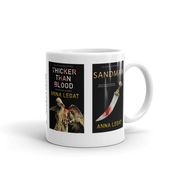 The winner will be selected at random via Rafflecopter from all valid entries and will be notified by Twitter and/or email. If no response is received within 7 days then Rachel’s Random Resources reserves the right to select an alternative winner. Open to all entrants aged 18 or over.
Any personal data given as part of the competition entry is used for this purpose only and will not be shared with third parties, with the exception of the winners’ information. This will passed to the giveaway organiser and used only for fulfilment of the prize, after which Rachel's Random Resources will delete the data. I am not responsible for dispatch or delivery of the prize. 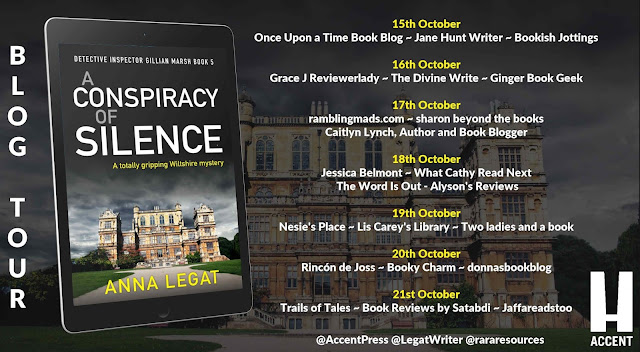