London, 1840. Evangeline, pregnant and falsely accused of stealing, has languished in Newgate prison for months. Ahead lies the journey to Australia on a prison ship. On board, Evangeline befriends Hazel, sentenced to seven years’ transport for theft. Soon Hazel’s path will cross with an orphaned indigenous girl. Mathinna is ‘adopted’ by the new governor of Tasmania where the family treat her more like a curiosity than a child. Amid hardships and cruelties, new life will take root in stolen soil, friendships will define lives, and some will find their place in a new society in the land beyond the seas.
What did I think about it..
Evangeline Stokes is falsely accused of theft, and after a sojourn in the hideous depths of Newgate Prison, she is found guilty and sentenced to transportation to Australia. Whilst on board the convict ship, Medea, Evangeline is befriended by Hazel Ferguson, a young woman who is also on her way to start a new life in Australia. These two lives interweave in the most tragic of circumstances in an event which left me reeling.
We also follow the story of Mathinna, a young Aboriginal girl, who is taken to live with the governor, Sir John Franklin, and his wife, on the island of Van Diemen's Land where she is treated as something of a curiosity, more pet, than human. Mathinna is a fascinating young woman and I enjoyed how the elements of her story came together but was saddened by her treatment and the  despicable way her rich heritage was disregarded as unimportant by those who purported to be better than her.
The absolute strength of the story comes from the tragedy of the circumstances in which these characters find themselves in, all of them exiles from the place of their birth, but even as they are used, abused and disregarded, their story is a valuable insight into how, given the right circumstances, some people were able to rise above the circumstances of tragedy.
Beautifully written and extensively researched, The Exiles took me back to a cruel time in history when for the meagre crime of stealing a silver spoon, or being wrongly accused of stealing a ruby ring, the whole pivotal importance of life was changed forever.
The Exiles is heartrendingly sad in places but nevertheless is a wonderful, insightful read about a largely forgotten and cruel period in history.
About the Author 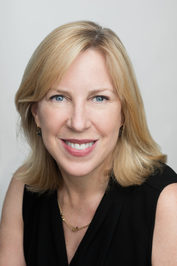 CHRISTINA BAKER KLINE is the author of seven novels, including the #1 New York Times bestseller Orphan Train. Her essays, articles, and reviews have appeared in the New York Times, the San Francisco Chronicle, Money, More, and Psychology Today, among other publications. She lives in New York City and on the coast of Maine.
Twitter @bakerkline #TheExiles
Website
@AllisonandBusby
@RandomTTours 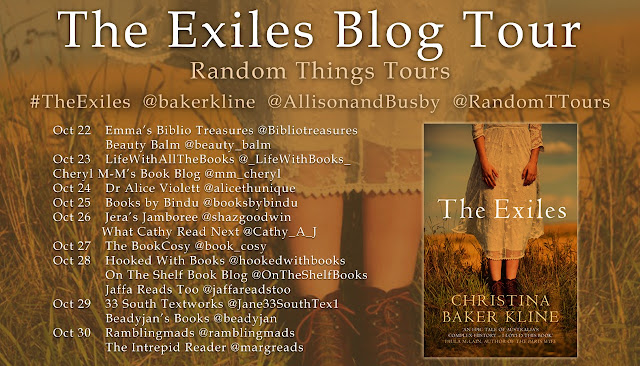