🎄Thrilled to host one of today's blog tour stops🎄

Sunderland, 1943: As Christmas approaches in the shipyards, everyone is hoping for a little magic…
Helen would love to find the courage to tell the dashing Dr Parker of her true feelings for him. But how can she when he clearly has eyes for someone else?
More than a year has passed since Bel’s wedding to sweetheart Joe. She knows she has much to feel thankful for and yet there is still one burning desire which she cannot ignore.
And as Polly grows with child, she hopes against hope for a safe delivery – and that her husband Tommy can soon return from the front line to meet their new arrival.
There will be storms to weather, but guided by their strength and friendship there is still hope for each of the shipyard girls that their Christmas wishes will come true.
What did I think about it..
It's always such a pleasure to return to this series as catching up with the Shipyard Girls is like meeting again with old friends. It's now 1943 and the North East shipyards are facing a tough time as a barrage of bombardment aimed at the docks means that the girls are constantly occupied in repairing the damage which has been inflicted by enemy aircraft.
However, away from the shipyard, there are changes aplenty coming for all of the characters and none more so that for Bel and Pearl who must finally face up to the secret of their past which threatens to overshadow their present. As always the author captures the wartime spirit of stoicism and camaraderie, there are the usual fallouts and arguments but generally everyone looks out for everyone else and the stoicism and camaraderie comes across, especially in their care and concern for Polly who is facing the birth of her child without her beloved Tommy by her side. I think of all the characters, Helen Crawford is probably my favourite, and it's been lovely to have her feature quite a lot in this story as her relationship with the eligible Dr Parker keeps everyone guessing.
There is no doubt that in each of her stories the author brings the Shipyard Girls to life in such a vibrant and realistic way that you can't help but want everything to work out well for each of them. However, life is never straightforward and the author gives us an abundance of emotions, happy and sad, poignant and emotional, and yet what ultimately shines through is their friendship, love and care for each other.
This is now the ninth book in the series and whilst I think that it can be read as a standalone, there are lots of characters who you really need to get to know, so my advice on this series, if you enjoy WW2 sagas, is to start at the very beginning and get to know these intrepid shipyard girls as they survive the war years.  A Christmas Wish for the Shipyard Girls is a lovely seasonal read which can be read at any time of year but it's especially poignant as a Christmas read as several of the girls have wishes they want to come true whether do they do or not is for you to discover for yourself.
About the Author 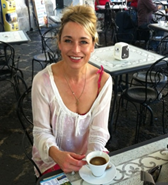 Nancy Revell is the pen name of writer and journalist Amanda Revell Walton, who has worked for the national press for the past 25 years, providing them with hard-hitting news stories and in-depth features. She has also worked for just about every woman’s magazine, writing amazing and inspirational true life stories.
Nancy Revell is spearheading a campaign to honour the real women of the Sunderland shipyards in her home town with a new public statue that will be displayed within the historic Sunderland Shipyards. Nancy has worked closely with the Sunderland City Council and the Sunderland Soroptimists, a worldwide volunteer service organization for women, and after putting out a call on her own social media channels, Nancy was approached by local artist Rosanne Robertson who has been commissioned to create the statue that will be unveiled later this year.
Sunderland boasted the largest shipyard in Europe during WWII, and produced a quarter of Britain's merchant shipping at the time. When the men went away to war, the courageous Shipyard Girls took up the back breaking work building ships for the British Navy. Due to its size, the Sunderland Shipyards were a key target of Hitler’s Blitzkreig, making the work not only backbreaking but incredibly dangerous. Historians have estimated that without the courageous women working in Sunderlands’ shipyards during the war, WWII could very likely have been lost due to lack of ability to transport troops, provisions and ammunition.
Twitter @arevellwalton #ShipyardGirls
Website
@arrowpublishing 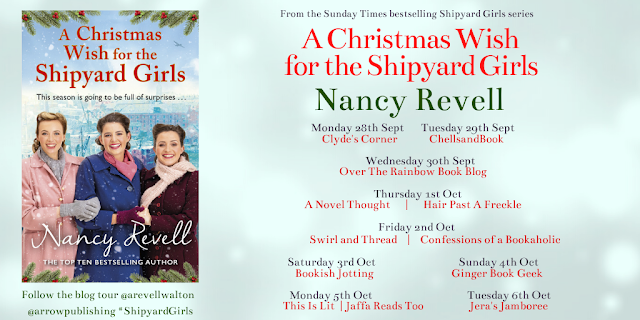