Pleased to host today's blog tour stop
The woman who haunts his dreams
Secret agent Phil Cullen is upset when he discovers that the young woman he rescued from Mrs Newbody’s establishment has absconded from his housekeeper’s care without a word. Thinking he has been deceived, he resolves to forget about her… something easier said than done.
The man she wants to forget.
Sophia Turner is horrified when she is duped into entering a notorious house of ill-repute. Then a handsome stranger comes to her aid. Desperate that no one learns of this scandalous episode, Sophia flees to the one friend she knows she can trust. With luck, she will never see her mysterious rescuer again.
But fate has other plans…
Months later, Phil is on the trail of an elusive French agent and Sophia is a respectable lady’s companion when fate again intervenes, taking their lives on a collision course.
Traitors, spies, and shameful family secrets - will these bring Sophia and Phil together… or drive them apart?
What did I think about it...
When secret agent Phil Cullen rescues a beautiful young woman from the clutches of a local brothel is is ill prepared for the effect that Sophia Turner will have on his peace of mind. Far from being a damsel in distress, Sophia turns out to be a young lady who certainly knows her own mind and yet her forthright spirit will lead her, and Phil, into a whole heap of trouble.
There's a real adventurous spirit to this Regency novel which is filled with several people who all seem to want to lure Sophia away from those who genuinely care about her. As Sophia's early life was devoid of any love or attention she now finds it difficult to trust people, and it is this distrust, and her charming naivety, which will lead her into grave danger. The author explores these feelings beautifully, especially the will they, won't they aspect of the relationship between Sophia and the handsome secret agent which is filled with thrills and spills and more than a hint of danger.
The Recency period is captured beautifully especially the distrust of all things French, as the British are still heavily involved in the Napoleonic wars, and this comes across in the realistic descriptions of the naval comings and goings, at the port, in Falmouth where much of the story is set.
A Bachelor's Pledge is a charming historical novel which is filled with the perfect balance of dangerous intrigue and delicious romance. Just to add that whilst this is also the third book in the Gentlemen series it sits comfortably as a standalone read.
About the Author 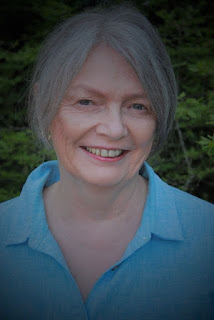 Some time ago Penny Hampson decided to follow her passion for history by studying with the Open University. She graduated withhonours and went on to complete a postgraduate degree.
Penny then landed her dream role, working in an environment where she was surrounded by rare books and historical manuscripts. Flash forward nineteen years, and the opportunity came along to indulge her other main passion writing. Penny joined the New Writers’ Scheme of the Romantic Novelists’ Association and three years later published her debut novel,A Gentleman’s Promise,a historical mystery/romance and the first in The Gentlemen Series.An Officer’s Vow soon followed and the latest in the series is A Bachelor’s Pledge.
But never happy in a rut, Penny also writes contemporary suspense with paranormal and romantic elements. Her first book in this genre is The Unquiet Spirit,published by Darkstroke.
Penny lives with her family in Oxfordshire, and when she is not writing, she enjoys reading, walking,swimming, and the odd gin and tonic (not all at the same time)
Author Blog
Facebook
Twitter @penny_hampson
@rachelsrandomresources
Amazon UK