Review ~ Letters to the Earth Introduced by Emma Thompson

Letters to the Earth brings together the voices of children and the public with authors, scientists and playwrights in the first creative project of its kind.

Alongside letters from the public, Letters to the Earth received submissions from artist and peace activist Yoko Ono, actor Mark Rylance, writer and illustrator of The Lost Words Jackie Morris, novelist Anna Hope, environmental writer Jay Griffiths and Green Party MP Caroline Lucas . Together they are an invitation to consider how this existential threat affects the way we live our lives and the action we take.

Lots of books consider the climate and ecological crisis from a political or scientific perspective, but Letters to the Earth is the first book to chronicle how humankind is collectively processing planetary crisis.

This is an interesting collection of emotional letters and documents which collectively give a greater awareness of the strength of public feeling on the subject of climate change.  We can continue to hide our heads in the sand but no-one can fail to see the impact of adverse weather conditions on our planet, and regardless of our individual political agenda, climate change is something which is affecting all of us right now. We only need to look at the severe impact of earthquake, devastating forest fires, and closer to home, the destruction caused by frequent flooding in those areas where flood defenses are stretched, quite literally, to breaking point.

The Letters to the Earth are written by people who represent all of us - from parents and children, politicians and poets, actors and activists and songwriters and scientists, all seek to remind us that we are facing a world in climate crisis. The individual writings are all quite different in content, however, the one thing they all have in common is the amount of passion expressed in each and every heartfelt plea for us to stop, look, listen and act now, before it's too late.

Beautifully presented in an easy to read format, Letters to the Earth, has something for everyone to consider, from letters by those people who are instantly recognisable like the activist Yoko Ono, to a letter written by a perfectly articulate 12 year old, but what they all have in common is that each and everyone of them makes you stop  to really consider the impact of climate change.

I've been thoroughly educated by reading Letters to the Earth because it's written in a way which speaks to all of us in a strong and meaningful way. It's one of those books I'll definitely keep on my book shelf and read frequently to remind me that we can all do our bit to save this world in crisis.

I really don't want us to be the ones who cause so much irreparable damage to this beautiful planet that we bring about its destruction. 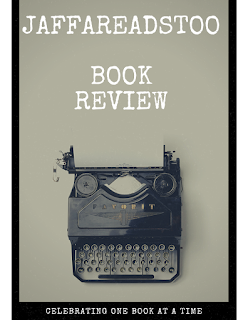