Charlotte, daughter of Reverend Percival Hatton, has been content to follow the path laid out for her. Charlotte has an understanding with Captain Nicolas Paget every inch the gentleman who she expects someday to marry. But then she meets Josiah Martyn, and everything changes...

A driven and ambitious Cornish mining engineer, and the complete opposite to Captain Nicholas,Josiah has come to London to help build the first tunnel under the river Thames. When unpredictable events occur at the inauguration of the project, Josiah and Charlotte are suddenly thrown into an unexpected intimacy.

But not everyone is happy with Charlotte and Josiah growing closer. As friends turn to foes, will they be able to rewrite the stars and find their happy ever after, although all odds seem to be stacked against them...?

Set in London in 1825 this story takes us straight into the heart of late-Georgian life as Charlotte Hatton tends to the needs of her father’s parishioners. The Reverend Percival Hatton is reliant on his daughter for much of the good work that takes place within his parish of St Mary's in the Rotherhithe district of London, and initially there’s a sense that Charlotte is rather overshadowed and content to support her father and stay in the background. She has a sort of ambiguous romantic connection with a certain Captain Nicholas Paget, who is a bit of damp squib in the romance stakes, and who doesn’t set Charlotte’s heart racing as much as the handsome Josiah Martyn, a young man who is working as an engineer building the ambitious new tunnel under the River Thames. Charlotte’s growing involvement with Josiah causes a great deal of speculation within the parish.

What then follows is a beautifully written historical saga which looks at all the social complexities which beset young women during this time. The author brings the story alive with her descriptions of Charlotte’s life, especially the restrictions placed on women whose only security came from securing a husband. The story flows well and kept my interest throughout and the many twists and turns in the plot add an interesting dimension to Charlotte's burgeoning friendship with Josiah Martyn. There’s a nice array of characters, some were far more likeable than others, but it was interesting to see how they all fitted into the wider detail of the story. I have to admit to knowing absolutely nothing about the Thames tunnel, so it has been fascinating to learn more about this event, and of the real life people who were involved with its construction.

This type of romantic historical fiction is something of a departure for this author whose previous novels have been set in a later time period, so its been interesting to see how she brings the London she knows so well alive in an altogether earlier historical setting.

The Rector's Daughter is a well researched and beautifully authentic historical saga by an author who really knows how to bring history alive in the imagination. 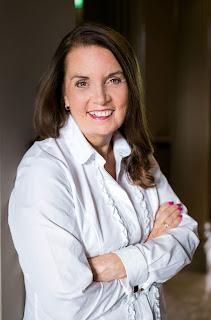 Jean Fullerton is the author of thirteen novels all set in East London where she wasborn. She also a retired district nurse and university lecturer. She won the Harry Bowling prise in2006 and after initially signing for two East London historical serieswith Orion she moved to Corvus,part of Atlantic Publishing and is half way through her WW2 East London series featuring the Brogan family. 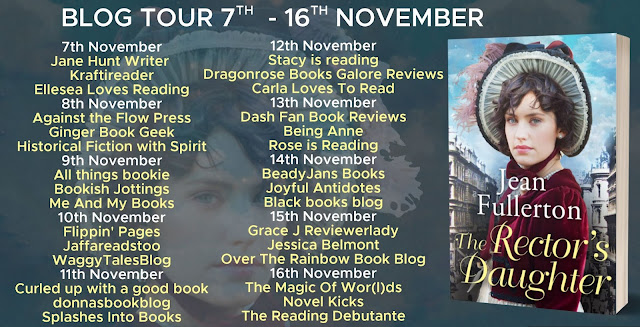