I am delighted to be part of this Blog Tour

Meg Mathers, the headstrong youngest sibling of a reiving family on the English Scottish border, is determined to remain at her childhood home, caring for the land and village she’s grown up with.

When an accident brings her a broken ankle and six weeks in the resentful company of ambitious and angry young reiver Will Hetherington, attraction starts to build. Both begin to realise they might have met their match, and the love of their lives, but 15th century border living is not that simple, as Meg soon finds herself betrothed to the weakling son of a tyrannical neighbour, Alexander Gray. When tragedy strikes, can Meg and Will find their way back to each other, and can Will finally take his own personal revenge on Gray.

What did think about it..

The border lands between England and Scotland were a hot bed of nefarious dealings during the 15th Century, and for Meg Mathers and her family of reiver brothers life was never simple or without treachery.

Meg is the chatelaine of the castle at Long Ridge whilst her brothers attempt to control the peace of the border lands but when Meg injures her ankle her brothers enlist the help of Will Hetherington, a newcomer to the area, who is deemed responsible for Meg’s accident, and as Will assists Meg with her daily life in the castle, so an attraction grows between them. However, Meg’s brothers are caught up in a dangerous web of intrigue with a deadly rival and unfortunately, Meg becomes a pawn in their negotiations. Her association with the despicable Alexander Gray brings nothing but danger and heart break to both Meg and her family.

Throughout the whole of The Raided Heart there is a good sense of history, this really was a dangerous time, and the author does a great job of keeping both the momentum of the action, and the intrigue alive in the imagination. I enjoyed the romantic element to the story and the constant danger that both Meg and Will encounter adds an exciting dynamic to this historical adventure.

The Raided Heart is a well written and exciting historical saga about a dangerous time in history. A time when the border lands between the North of England and Scotland were alive with danger and warring families spent much of their time attempting to keep the peace between neighbours who could  suddenly become deadly enemies on the turn of a sword blade. 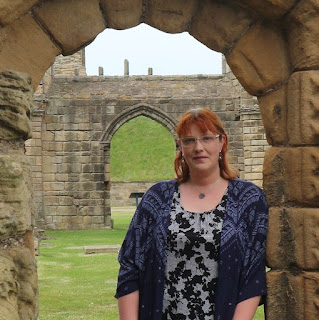 Jenifer C. Wilson is a marine biologist by training, who developed an equal passion for history and historical fiction whilst stalking Mary, Queen of Scots on childhood holidays (she has since moved on to Richard III). Enrolling on an adult education workshop on her return to the northeast of England for work reignited her pastime of creative writing, and she has been filling notebooks ever since.
In 2014, Jennifer won the Story Tyne short story competition, and has been working on a number of projects since, including cohosting the North Tyneside Writers’ Circle. Her Kindred Spirits novels are published by Crooked Cat Books and her timeslip novella, The Last Plantagenet?, by Ocelot Press. She lives in North Tyneside, and is very proud of her approximately 2 inch sea view. 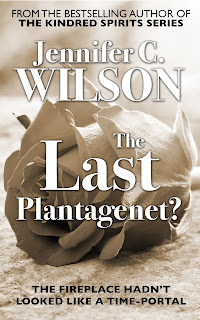 *Terms and Conditions – Worldwide entries welcome.Please enter using the Rafflecopter boxbelow.The winner will be selected at random via Rafflecopter from all valid entries and will be notified by Twitter and/or email. If no response is received within 7 days then Rachel’s Random Resources reserves the right to select an alternative winner. Open to all entrants aged 18 or over.Any personal data given as part of the competition entry is used for this purpose only and will not be shared with third parties, with the exception of the winners’ information. This will passed to the giveaway organiser and used only for fulfilment of the prize, after which time Rachel’s Random Resources will delete the data.I am not responsible for despatch or delivery of the prize.