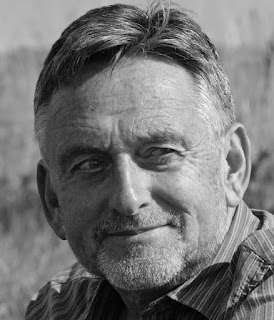 Hi Malcolm, welcome to Jaffareadstoo. Tell us a little about yourself and how you got started as an author.

I am a proud Yorkshireman, born in Bradford. After teacher training at Ripon College of Education I taught for thirty-two years. I was granted two years’ leave of absence, worked in Cairo and then travelled to Northern Cyprus. I held many roles and was seconded to support schools through Ofsted inspections finishing my career working in a school for children with emotional and behavioural needs.

Teaching creative writing has always been an important element of the curriculum and I encouraged children to participate in writing competitions. I was responsible for producing an anthology of children’s written work entitled ‘Wigan Voice’.

I have also written for children – assemblies and end of day stories but it was as I was approaching the end of my career that I wrote adult fiction with a desire to publish.

Without revealing too much, what can you tell us about the Harrogate Crime Series?

The Harrogate Series comprises eight books and features DCI Cyril Bennett and DS David Owen. The books were intended as a series but also designed to be read as stand-alone novels. However, in any series the reader will appreciate the character development and the subtleties with each book that make the characters, I hope at least, more real.

I believe each book has a very different story line and I know from reading the reviews of those who have read every book that there is a development of me as a writer. It is true that we as authors learn the more we write and it is reassuring to hear from people that book eight is the best one yet.

Although the books are set in Harrogate many of the stories link to the stunning places within the Yorkshire Dales and I can use my love of county to highlight key places.

The series involves the same serious crime team as certain cases rely on officers with different skills. The one constant, however, is the partnership of Bennett and Owen.

Your crime series is set in the beautiful Yorkshire town of Harrogate. How important is location to your writing, and do you visit any of the places you describe so vividly in your novels?

The location is critical. It is one of the constants, the backgrounds which are immediately identifiable to my readers. The streets, the shops and the public buildings are all named so the local readers and those visiting can know of them and find them. I receive a great deal of support from businesses and they often welcome their inclusion. Harrogate has so many wonderful locations that can be woven into the stories, some of the places often unknown even to locals. I also receive details from residents who tell me of different local characters, real people who, when included, help to make the books real.

I visit regularly. I walk the routes Cyril Bennett takes. I scout out locations to ensure they are described correctly. I allow my senses to record the moment; the sounds, smells to bring reality to the pages.

One of the pleasures for me as an author is to introduce the sites within the Dales. Ramsgill features in two books and the churchyard of St Mary’s was key to the writing of Game Point. I have known this location since I was a child and I feel it a privilege to be granted permission to include it.

I hold a strong love for the county and I hope that comes through in my writing.

A while ago I produced a video titled Places in Pages that looked at some of the real places mentioned within the pages of my books.

I never write to a plan. I start with an idea and those ideas have come from many different sources; a news cutting, a chance conversation, a photograph. I then sit and write. The characters do dictate to a degree. They dictate their involvement within the text. In some books owing to circumstances certain characters take a stronger and more leading role. In one book, Owen takes the lead and Bennett features very little. Although this was not planned initially, I see that there is opportunity in the future for Owen to be developed as a separate series should the need arise.

I also find the initial start point will often end up in the middle of the book as the story unfolds. It is not unknown either for me not to have an idea as to how the book will end even when two thirds through the writing stage. I try to work to seventy-plus thousand words to help with the pace of the story; the answer will often come at the strangest moment and I have to make jottings otherwise it will be lost. So yes, the characters can drive the story or certainly influence the direction.

What makes a good villain? I think firstly plausibility and unpredictability; hold traits that can take many forms – The innocent, the wicked, the evil, the outsider, the close friend. The motive behind the crimes is also key. In book one I had two villains. One was easily seen to be a despicable and selfish individual prepared to do anything to achieve his goal and killing was second nature but the other had a different raison d'être. I worked hard to try to make the reader feel his pain and believe he had a purpose. I wanted the reader to ask what would they do in his position. Villains are callous, greedy, clever, narcissistic and probably plausible.

So, the fictional detective. I see so many dysfunctional fictitious detectives of whom I wanted to stay clear. The character to me had to be smart, emotionally balanced, a clear thinker, a man who can build and rely on a team and therefore delegate. He must be human and real and at times vulnerable. I also believe their partner must also play a key role, be the black to his white or the yin to his yang if that doesn’t sound too silly.

One important aspect is to strive for the constant development of the detective’s character after each case or each change in his life circumstances. The key is to try to make the person as credible as possible.

And finally, what can we expect next from you?

I have just completed two short stories, one written to be included in an anthology to support Help for Heroes that should be published in December, the second to be included in the November edition of The Writers’ Magazine and specifically written around the subject of remembrance. I am also half way through book nine in The Harrogate Series as well as working on the first book in a new series set in north Merseyside.

I also try to organise two Noir events annually, one in Wigan, the third annual event has just taken place and proved to be very successful and one in Harrogate. These take quite some time as I have to bring five or six authors from around the UK together to talk about their work and read from their latest book. They are certainly growing in popularity.

May I say a massive thank you for your interest in my writing. It has been a pleasure to chat about my writing. My work can be found on Amazon and my website.
I am also about on Facebook, Twitter and Instagram.

When Stars Will Shine is a collection of short stories from your favourite authors who have come together to deliver you a Christmas read with a twist.

With true war tales that will break your heart, gritty Christmas crimes that will shake you to your core, and heart warming tales of love lost and found, this anthology has something for everyone. And, with every penny made being sent to support our troops, you can rest assured that you’re helping our heroes, one page at a time.

From authors such as Louise Jensen, Graham Smith, Malcolm Hollingdrake, Lucy Cameron, Val Portelli, and Alex Kane, you are in for one heck of a ride!

Available to pre-order from Amazon UK

✨✨Huge thanks to Malcolm for being in our spotlight today✨✨

Come back and see us again soon 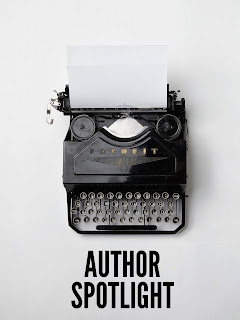