A ship adrift, all hands dead. A lighthouse keeper murdered in the night. The Crown needs man to find the truth. Doctor Mungo Lyon, his reputation tarnished by the Burke & Hare scandal, and forbidden to practise as a surgeon, is the wrong man.

That’s exactly why the Crown chose him.

Having been caught up in the Burke and Hare scandal, Surgeon Mungo Lyon's reputation has been ruined, so when he is offered the opportunity to leave Edinburgh to undertake a clandestine political investigation of behalf of the British Crown he takes this unusual chance to redeem himself. However, this change in his circumstances is not without uncertainty, and Mungo soon discovers, to his cost, that the danger he finds himself in, as he uncovers a deadly secret, is even more devastating than being caught up in the Burke and Hare scandal.

The story flows well with enough excitement to keep you turning the pages and takes us from the dark and gloomy streets of nineteenth century Scotland, to the danger of a perilous sea voyage to the Caribbean, and throughout it all Mungo, and his rather surprising sidekick, get caught up in all sorts of political shenanigans.

The Crown Agent is a rollicking good historical adventure with more than enough twists and turns to keep you guessing, and even as Mungo gets caught further and further into a tight corner so the drama pulls ever tighter. This could easily be a series as the ending certainly lends itself to that possibility and it would be great fun to see Mungo, and his sidekick, return in further historical adventures. 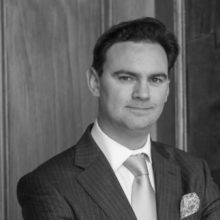 Stephen O’Rourke is an advocate and a Member of the Institute of Chartered Arbitrators. He formerly wrote a regular column for The Scotsman and has written for The Guardian, Caledonian Mercury and Think Scotland websites. In 2012 he won a short story competition run by The Daily Telegraph, which proved to be the basis for The Crown Agent.