Social Media Blast ~ Murder by the Minster by Helen Cox

✨✨ Delighted to be part of this Social Media Blast ✨✨

Kitt’s quiet life at the Vale of York University library quickly turns upside down when she begins an investigation (armed with detective knowledge absorbed over years of reading Agatha Christie and Ian Rankin) to clear her best friend Evie’s name when she is wrongfully accused of murdering her ex-boyfriend. Kitt soon discovers that the quaint streets of York hold darker secrets than she’d ever dreamed, but what she doesn’t know is that the true murderer is watching her every step.


When Kitt's friend, Evie, is arrested for murder it creates a situation in both of their lives which pretty much alters everything they think they know about each other, but one thing Kitt is sure about is that her friend Evie couldn't possibly be a murderer.

What then follows is Kitt's attempt to exonerate her friend whilst at the same time searching for clues to the real culprit, and that's where Kitt put her detective skills to good years. Years as a librarian, and reading detective fiction, shows Kitt to be more competent than two hapless detectives who are also on the hunt for a killer.

Murder by the Minster is a gentle cozy crime mystery which has some interesting investigative detail but without any gloomy or gory details, although the MO of the killer is pretty grim. I raced through the story, warming to all of the characters, especially Kitt, and her assistant, Grace, and laughed out loud at their interaction with the local psychic, Ruby.

Setting the story in the beautiful historic city of York gave the story a quirky atmosphere and thanks to the author's lovely descriptions I could picture the narrow streets of the city really well. There's a nice old fashioned feel to the novel and whilst there were times when I had to suspend belief at some of Kitt's actions, overall, I thought this was an interesting start to a new cozy crime series and I look forward to meeting up with Kitt Hartley again in future Yorkshire mysteries.

Helen Cox is a Yorkshire-born novelist and poet. After completing her MA in creative writing at the University of York St. John Helen wrote for a range of magazines and websites as well as for TV and radio news Helen has edited her own independent film magazine and penned three non-fiction books as well as two romance novels published by Harper Collins.  She currently hosts The Poetrygram podcast and works for City Lit, London. Helen’s new series of cosy mysteries stars librarian-turned-sleuth Kitt Hartley, and is set in York. 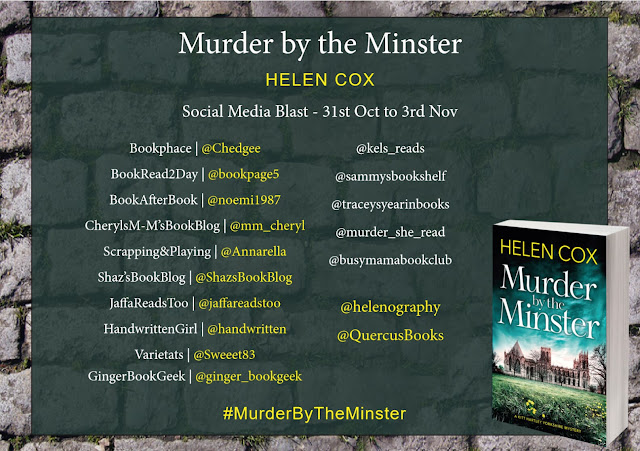