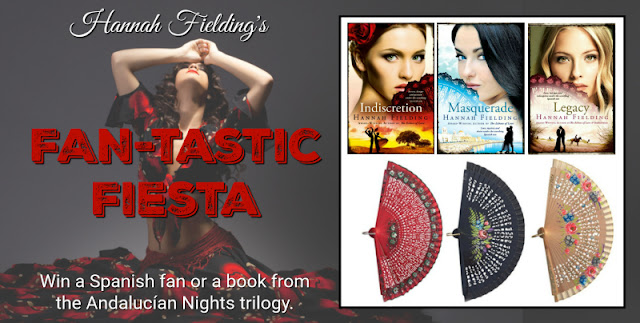 ‘Thus does Fate cast her thunderbolts into our lives, letting them fall with a feather-like touch, dulling our senses to the storm they would cause should we realise their devastating powers.’

This line is from the beginning of my novel The Echoes of Love, and it conveys a common thread in my writing: the foreshadowing of future events, of the characters’ destiny.

In my first novel, Burning Embers, an old African lady embodies this spirit, giving superstitious warnings to the heroine Coral based on native voodoo practices. In The Echoes of Love, the heroine Venetia meets a wise Chineseman, Ping Lü, who tells her fortune. He says, ‘If he is the one for you, if your souls have recognised and chosen each other, then there is no limit to the works of Fate to bring you together.’ Venetia is a sceptic, but Paolo, the man with whom she is falling in love, is not. He tells her of maktoub, which means ‘written’, an old Arab belief that from the day you are born, the name of your sweetheart is invisibly engraved on your forehead. ‘Maybe that explains the flicker of recognition I felt the day we met,’ he says.

In my most recent books, the Andalucían Nights trilogy, it is the old, cunning gypsy Paquita who tells fortunes, in the following manner:

‘Two paths … I see two paths,’ she went on in her deep, threatening voice. ‘The first is difficult and tortuous, strewn with thorns and tears, but at the end of it you will find the paradise which all young women dream of.  … The second is straight and easy, strewn with rose petals and pearls. A cruel deception … a castle built of sand. … Careful, my beauty,’ she rasped as she drew closer to Alexandra, waving a withered finger at her, ‘do not delude yourself, do not be deceived, the devil is cunning!’

Turning to Salvador, her face clouded. ‘As for you, my fine Señor with the sad face, wearing the tragic mask of death,’ she hissed, clutching at his arm and digging her claws tightly into him, ‘go, go in peace, and may God help you.  Alas, each one of us has a destiny to follow, and Paquita can do nothing for you today: the die has been cast already!’

Like Venetia, the heroines of Indiscretion (Alexandra), Masquerade (Luz) and Legacy (Luna) are not easily persuaded that ‘the die has been cast’. They are strong, intelligent woman who want to feel in control of their lives and futures. And yet, as the stories unfold, each comes to see the wisdom in surrendering just a little control to something greater than themselves.

There is something quite beautiful in that surrender, I think; something honest – and that is why each of my books incorporates just a touch of destiny. As Nietzsche said, ‘Amor Fati – “Love Your Fate”, which is in fact your life.’ 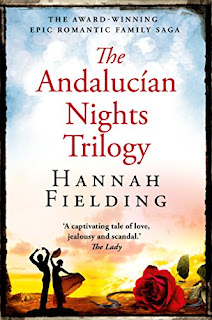 The award-winning epic Andalucían Nights Trilogy sweeps the reader from the wild landscapes of Spain in the 1950s, through a history of dangerous liaisons and revenge dramas, to a modern world of undercover missions and buried secrets. Romantic, exotic and deeply compelling, and featuring a memorable cast of characters, including a passionate young gypsy, a troubled young writer and an estranged family, The Andalucían Nights Trilogy is a romantic treat waiting to be discovered. 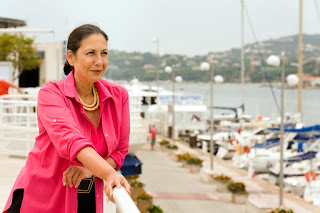 Hannah is a multi-award-winning novelist, and to date she has published five novels: Burning Embers, ‘romance like Hollywood used to make’, set in Kenya; The Echoes of Love, ‘an epic love story that is beautifully told’, set in Italy; and the Andalusian Nights Trilogy – Indiscretion, Masquerade and Legacy – her fieriest novels yet, set in sunny, sultry Spain.

You can find Hannah online at :