After the launch of my paperback House of Secrets, I decided to take a closer look at my characters. Today I look at both Poppy and Buddy and how to use children and pets in a novel. 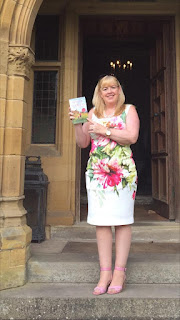 Why use three-year-old little girls and puppy springer spaniels in a novel?

I needed Poppy to be innocent and young enough to be affected by Liam. I needed Madeleine (her mother) to have to protect her, the reader to feel an empathy for her and for her to come over as vulnerable. If Poppy had been a baby, I wouldn’t have been able to get her interacting, nor would I have been able to get her to create a link between Madeleine and Bandit, who automatically wants to look out for her and keep her safe. 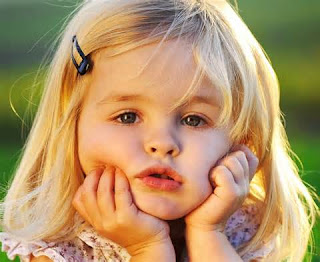 Buddy had been a recent gift from Liam. He’d been bought for Poppy as a bribe after he’d shouted at her. I needed a puppy that would learn fast and after owning spaniels myself, I know how intelligent they can be. I also knew that teaching a spaniel the command ‘speak’ was simple. Initially, Madeleine teaches Buddy to speak to earn food, a way of trying to get Poppy to eat. I also knew that the command ‘speak’ would come in very useful later on in the book and used this to my advantage. 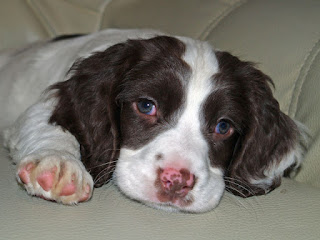 It’s very important not to allow your sub-characters to turn into ‘plot muppets.’ When your heroine has a child it’s important to remember that they are always there. In real life a child can’t just disappear because the scene doesn’t need them. A child always has to be there or they have to have a good reason not to be.
If for any reason you’re writing a scene where the child isn’t needed then they need to either be sleeping, away at a nursery or school, they need to be being looked after by someone else or you need to find a ‘safe’ place for them to be. Children of this age can’t look after themselves.
It’s similar for the pet, a dog always needs to be looked after. As your novel progresses it’s important to remember that the dog needs walking, feeding and playing with. Like the child, you can’t just allow them to disappear without trace for huge parts of the book. 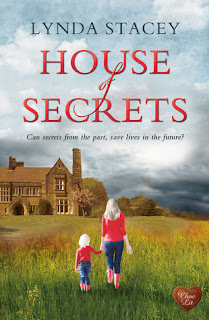 What makes a good sub-character?

And of course this is only my opinion.
Each character in a novel has to be there for a reason. They need to have a purpose. Poppy’s reason was to create a bridge between Madeleine and Liam, she’s scared of him, barely eats and her mother naturally needs to protect her. She’s also instrumental in bringing Madeleine and Bandit together, she creates the softer parts of the book and shows Madeleine’s maternal side to it’s full.
And Buddy, well … he’s instrumental in the novel too and a character in his own right. But, you need to read House of Secrets to find out what happens next …

An extract of the novel that shows both Poppy and Buddy in action!

‘Oh, Poppy, come on. Don’t cry. It’s not your fault. Mummy should have known better.’ She pulled the child away for a moment and smiled at the tear-stained face. ‘I know, tomorrow morning, you remind Mummy and we’ll scrub-a-dub you all over until you sparkle like a princess.’ She watched as Poppy began to smile.
‘Come on, sweetheart. Let’s go and let Buddy in.’ Both glanced in the hallway mirror in a well-practiced manoeuvre, flicked their hair back simultaneously and laughed at each other, before running through the old Victorian terraced house, past the two rooms at the front and down the passage that led to the back room and the old kitchen that had long since seen better days.
Madeleine quickly placed Poppy on the floor and opened the back door where an excited Springer Spaniel puppy sat waiting.
Buddy jumped up and down. His tail wagged a hundred miles an hour and as soon as the opening was big enough, he burst in through the back door and straight into the arms of a waiting Poppy, who collapsed on the floor, giggling, as he licked, jumped and wagged his whole body excitedly.
Madeleine smiled. Poppy was so different when Liam wasn’t there. She was happier, playful and appeared to blossom in his absence. Whereas when he was home, she tended to sleep, play with teddy bears in her room or disappear to a quiet corner where she’d sit for hours playing with Buddy. It broke Maddie’s heart to see her daughter unhappy. But what could she do? She’d known moving in with Liam was a mistake but she’d had no choice. The block of flats that she lived in was being demolished. She’d been dating Liam for eight months and he had seemed the perfect boyfriend, loving to her and kind to Poppy, so when he suggested she move in with him, she’d agreed.
‘Look, Poppy, do you think Buddy wants his breakfast?’ she asked and Poppy started nodding enthusiastically.
Reaching for Buddy’s bowl, Maddie pulled a biscuit from the box, broke it with her fingers and crumbled the pieces into the ceramic dish. She then soaked it in milk before placing the bowl on the floor where Buddy immediately pounced, his nose disappearing deep within the dish as it began to rattle around the floor.
‘Would Poppy like some breakfast too?’ Madeleine asked hopefully, but knew what the answer would be. The immediate shake of Poppy’s head confirmed what she’d already thought. She’d noticed over the past two months that Poppy often refused food or only ate tiny amounts and Madeleine nodded her head in confirmation of what she’d been trying to avoid: the days that Poppy didn’t eat always seemed to coincide with Liam being mean to her and Madeleine knew what had to be done. She had no choice but to leave. She needed to take Poppy as far away from this environment as she could.
Madeleine pulled another biscuit from the box and knelt down on the floor. ‘Here, Poppy, watch Buddy eat his biscuits.’ She held the treat up in her hand and waited for Buddy to sit before her. ‘Buddy, speak.’ The puppy barked to order and both Poppy and Madeleine began to clap. ‘Good boy. See, Poppy, Buddy loves his breakfast. Do you think that you’d eat some lovely breakfast too?’ But once again Poppy shook her head, clasped her hand over her mouth and lay down on the kitchen floor.
Madeleine shrugged her shoulders. She had to get her daughter to eat and began searching the cupboards for something that might tempt her, but the cupboards were almost empty and she resigned herself to pushing a slice of bread in the toaster. Maybe she’d find a way to persuade Poppy to eat it.
Madeleine turned around and laughed as she caught sight of Poppy lying flat on her back on the kitchen floor, submerged in what was left of the milky cereal, giggling and squirming as Buddy pinned her to the floor, licking at every remnant he could find. Seeing her daughter returned to the carefree three-year-old that she should be all the time.
About House of Secrets:
A woman on the run, a broken man and a house with a shocking secret...
Madeleine Frost has to get away. Her partner Liam has become increasingly controlling to the point that Maddie fears for her safety, and that of her young daughter Poppy...
Desperation leads Maddie to the hotel owned by her estranged father – the extraordinarily beautiful Wrea Head Hall in Yorkshire. There, she meets Christopher 'Bandit' Lawless, an ex-marine and the gamekeeper of the hall, whose brusque manner conceals a painful past.
After discovering a diary belonging to a previous owner, Maddie and Bandit find themselves immersed in the history of the old house, uncovering its secrets, scandals, tragedies   and, all the while, becoming closer.
But Liam still won't let go, he wants Maddie back, and when Liam wants something he gets it, no matter who he hurts...

House of Secrets is available as a paperback from all good stockists and also as an eBook on all platforms. For buying options, click here: www.choc-lit.com/dd-product/house-of-secrets/

Lynda, is a wife, step-mother and grandmother, she grew up in the mining village of Bentley, Doncaster, in South Yorkshire.

She is currently the Sales Director of a stationery, office supplies and office furniture company in Doncaster, where she has worked for the past 25 years. Prior to this she’d also been a nurse, a model, an emergency first response instructor and a PADI Scuba Diving Instructor … and yes, she was crazy enough to dive in the sea with sharks, without a cage. Following a car accident in 2008, Lynda was left with limited mobility in her right arm. Unable to dive or teach anymore, she turned to her love of writing, a hobby she’d followed avidly since being a teenager.

Her own life story, along with varied career choices helps Lynda to create stories of romantic suspense, with challenging and unpredictable plots, along with (as in all romances) very happy endings.

Lynda joined the Romantic Novelist Association in 2014 under the umbrella of the New Writers Scheme and in 2015, her debut novel House of Secrets won the Choc Lit & Whole Story Audiobooks Search for a Star competition.

She lives in a small rural hamlet near Doncaster, with her ‘hero at home husband’, Haydn, whom she’s been happily married to for over 20 years.

also to Lusana at Choc Lit.