Helena Fairfax, author of Felicity at the Cross Hotel 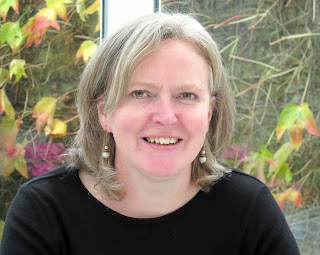 Alison Uttley's A Traveller in Time – My First Romantic Read

When I was eleven I started my first year at a Catholic convent school. The convent was founded in the seventeenth century, at a time when Catholics were persecuted in this country. My school was in an old, rambling building, complete with a draughty chapel and a priests' hidey-hole. The nuns told us many harrowing stories of Catholic martyrdom, such as the death of Margaret Clitherow, who had hidden priests in her home and was executed in a horrific way. She was stripped and laid on a sharp rock. The door of her own house was laid on top of her, weighted with a great pile of rocks and stones, and she was crushed to death. It wasn't hard in that ancient school building to feel all the horror of this death, the paralysing fear of the Catholics, and the brutality of the time.

It was also at this time that I had to spend a couple of weeks off school with a severe throat infection. My dad was away, my other brothers and sisters were at school, and my mum had to go to work. I spent a lot of time alone, feeling feverish and sorry for myself. This was in the days before computers – before even daytime television – and there was nothing for me to do but read. Every day my mum would place a great pile of books by my bed, along with a large jug of juice to drink. One of the books she left me was A Traveller in Time, by Alison Uttley. I absolutely fell in love with this book. It was my first ever romantic read, and I still have my old copy. 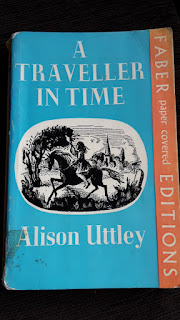 A Traveller in Time tells the story of Penelope Taverner, who, like myself at the time, was a solitary and imaginative child, recovering from an illness. Penelope is sent to stay with relatives who live at Thackers – an old farm in Derbyshire which has been there for centuries. There is an absolutely lovely sense of place in this book – the descriptions of the old farm-house, the scent of herbs, the cosy kitchen, and all the old furnishings and artefacts that Penelope comes across already give the story a wonderfully romantic atmosphere. The real romance comes from the dual timeline. Penelope discovers she can travel back in time, to the sixteenth century and the reign of Queen Elizabeth, and the home of the Babington family. The fictional Thackers is based on the real house of Dethick Manor, which once belonged to the Catholic Babingtons. Anthony Babington was involved in a plot to murder Queen Elizabeth and place the Catholic Mary Queen of Scots on the throne. He was executed, and his actions led to the later execution of Queen Mary. 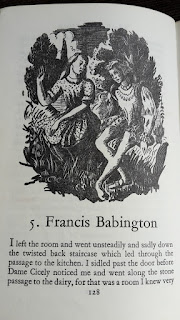 With the stories of the nuns in my head, I could well imagine the terror Penelope feels, knowing what will happen to the Babingtons, and knowing she is powerless to change history. Penelope meets Francis Babington – the younger brother of Anthony – and as the story progresses, and Penelope grows older, she and Francis begin to fall in love. Their love for each other is beautifully drawn, and all the more moving because they both of them know it is doomed.

The book was first published in 1939. I re-read it recently and it is still a wonderful, enthralling, romantic and poignant read today. I passed the book on to my own daughter when she was a child, and she called the author "Alison Utterly Brilliant". :) I heartily agree!

Helena Fairfax is a British author who was born in Uganda and came to England as a child. She's grown used to the cold now which is just as well, since these days she lives in an old Victorian mill town in the north of England, right next door to the windswept Yorkshire moors. Helena walks this romantic landscape every day with her rescue dog, finding it the perfect place to dream up her heroes and her happy endings. Subscribers to Helena's newsletter receive news of free stuff, competitions with prizes, gossip, and links to cool websites she's been looking at when she should have been writing.

Cassandra Grafton, author of A Quest for Mr Darcy 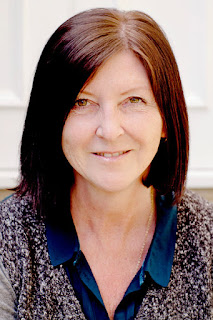 
Thank you, Jo and Jaffa, for this fun opportunity to share my thoughts on the first romance novel I ever read!

It was back in the summer of 1975, and I was thirteen years old. There was no Internet to search for recommendations of books to read. In general, you relied on local bookshop displays, the mobile library van or the compulsory reading on the school curriculum.

Across five years in grammar school, the latter focused very much on classic authors, including Chaucer, Shakespeare, the Brontës and Austen, and I had yet to discover them all as my second year at grammar school drew to a close.

Then, a class friend offered to lend me a novel she had just read. Her name was Janet Davies, and I can picture her clearly even though I haven’t seen her since I left the school in 1978.

Her mum was a big fan of a Mills & Boon author called Betty Neels and bought all her novels. The book Janet offered me was called Enchanting Samantha, and that was all I knew about it when I took it from her.

It turned out to be a sweet love story about an English nurse and a Dutch doctor, and I devoured it in one go, feeling by the end I had made a huge discovery.

I had all the typical awkwardness of a being a teenager, feeling plain and ordinary at the best of times, yet the heroine was someone I could instantly relate to.

Samantha wasn’t a glamorous or stunningly beautiful girl, she was, to quote from the novel, “a small, pleasantly plump figure, her cap perched very precisely on the top of her neatly piled brown hair, a frown marring a face, which, while by no means pretty, was pleasant enough, with hazel eyes fringed with short thick lashes, a nose turned up at its end and a mouth which though a little too large, could smile delightfully.”

I had brown hair, a by no means pretty but hopefully passable face, hazel eyes and though I avoided smiling much because of the braces on my teeth, I somehow felt an immediate connection with Samantha.

The story is gentle, and the barriers to a happy ending merely those of misunderstandings, but all the same, it whet my appetite. When school finally ended for the long summer holidays, Janet kindly handed over half a dozen other titles by the same author, and that was it - my long love affair with romance novels had begun!

Over time, I collected all of Betty Neels’ books, browsing jumble sales, second-hand book stalls and then, when I had more money to spend, buying brand new stories as they were released. I took them all away to college with me, frequently re-reading my favourites, but later, with a growing family and a lack of space, the books ended up in storage.

Betty Neels began to write in 1969, after retiring from many years in the nursing profession (she had married her own Dutch doctor - a common theme in her books!) The story goes that she was in the library one day and heard a lady complaining about the lack of good romance novels, so decided to write one of her own! In the end, she penned 134 of them for Mills & Boon!

Did Enchanting Samantha remain my all-time favourite Betty Neels novel? No, it was soon superseded by several others, but I will always retain a fondness for the book that introduced me to romance novels, and I still have a copy up in the attic.

Enchanting Samantha was first published in 1973. It has been re-issued with various covers over the last few decades, but my original dog-eared copy looks pretty much like this one!

Huge thanks to Helena and Cassandra for sharing the memories

of their First Romantic Read with me today.


Next week : My First Historical Read 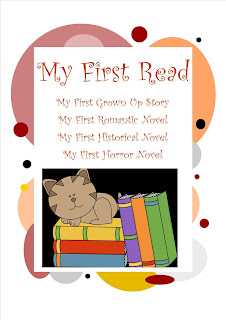