Blog Tour ~ A Message from the Other Side by Moira Forsyth

A Message from The Other Side Blog Tour 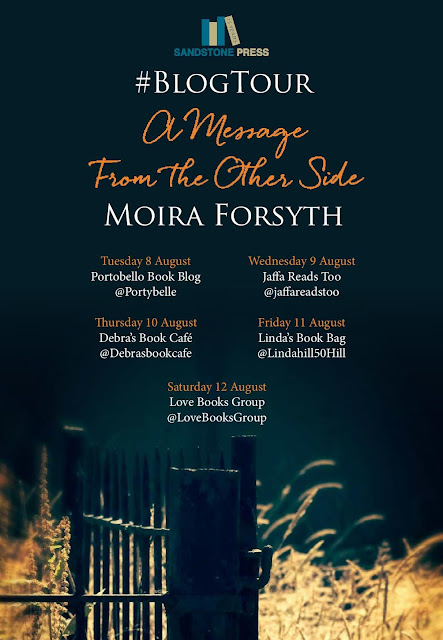 When Catherine moves several hundred miles away from her sister, Helen says, ‘Phone calls aren’t enough’, but they make it easier to edit the truth. Helen can dismiss Gilbert and his enchanted Factory as ‘weird’ when she’s never met him, and Catherine thinks Helen foolish for loving the unreliable and dangerous Joe. Neither sees the perils concealed in what they have not told each other, or guesses at the sinister connection between their separate lives. A Message from the Other Side is a novel about love and marriage, but even more about hatred and the damage people do to each other in the most ordinary of families.

When Catherine Sinclair receives an mysterious and unsettling telephone call from someone who has been missing for years, it opens up a whole host of memories, not just for her, but also for her sister Helen. What then follow is the effect that this phone call has on the equilibrium of a group of people who are unsettled by their memories of the past.

The story flips between time frames and follows the lives of the two sisters, Catherine and Helen, which gives us an insight into their tangled relationships, both with each other, and also with the men in their lives.

The story took me a little while to get into as I had to keep flipping back and forth in order to get the characters and their connections with each other clear in my mind, but once I had these in place then the story started to work more clearly.

The author is good at character development and in A Message from the Other Side she weaves an interesting, and suspenseful, family story about the complexities of sibling relationships, especially when those relationships are also bound by uncertainties about each other's romantic attachments.

Overall, this is a quietly perceptive story which allows the complexities of relationships to unfold in interesting detail. 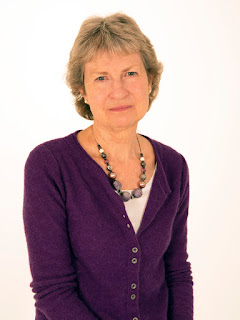 Moira Forsyth is the author of four previous novels and many short stories and poems published in anthologies and magazines. She worked for many years in Education, including teaching in a Young Offenders’ Institution in the North of England, then latterly in Highland as the strategic lead for government initiatives to assist young people to move on successfully from school. She has been with Sandstone Press since its inception in 2002.

More can be found on Moira's website by clicking here

The Message from The Other Side ebook deal is currenly just £1 on Amazon, iBooks and the Kobo Store.

My thanks to Diana at Ruth Killick Publicity for her kind invitation
to be part of this blog tour.