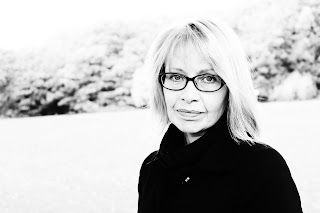 Hi and welcome to Jaffareadstoo, June. Tell us a little bit about yourself and what got you started as an author?

As a child I was always frustrated that I couldn’t draw.  My head was so full of stories and I just couldn’t get them out.  But as soon as I realised that words make pictures too, I discovered the magic of language and the power of storytelling.  I’ve been writing ever since.  And there is no better place than your own imagination.


I’ve written short plays and had a full-length play produced.  In 2011, I was runner-up in the Times/Chicken House Children’s Fiction Competition with a YA novel.  But I finally found my niche writing adult psychological thrillers.  Losing Juliet is my debut, published by HarperCollins Killer Reads.

Losing Juliet is based in Manchester - so why not Leeds?

I’m extremely proud of my Yorkshire heritage, but for this book my home town just felt too familiar.  I’ve used several locations in Losing Juliet and I had to move around them efficiently when writing.  I’ve seen Leeds go from ‘Yorkshire Ripper town’ to the thriving cultural metropolis it is now, so Leeds would almost have become another character in the book as there are two time frames weaving throughout  the narrative.  I just couldn’t afford to get sentimental or nostalgic.
So Manchester is another Northern town I love.  I’ve worked there and know it well enough to write about it.  The next book is set in Leeds!

As a writer based in Yorkshire, does this present any problems in terms of marketing and promoting your books, and if so, how do you overcome them?

I remember years back when I first started trying to get an agent and a publisher, the rejection letters would often hint at me getting a London address and maybe I should think about setting my book in London instead so it would sell internationally.  Even today there’s still something of a London bias, but we are much better now at being Northern and proud.  My last agent was Shelley Instone who set up a literary agency with the sole purpose of championing Northern writers because she saw first-hand how we are still being overlooked in the industry.

In terms of promoting and marketing books, however, I think it’s pretty much the same for everyone no matter where you live.  We can all connect to the wider reading/writing/blogging communities via the internet, and tap into our local readership via local radio, press, personal contacts and networks.  The trick is finding ways to do this without being too much in people’s faces.

Support can come from unexpected places sometimes too.  Count Arthur Strong randomly tweeted me to say that he’d bought the book and said it was “Brilliant!” 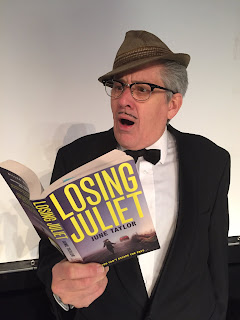 You also have to be inventive. A former colleague made a book trailer for Losing Juliet, her husband composed the music. It already looks like a movie! (... I can dream).

Watch it here on You Tube


If you were pitching Yorkshire as an ideal place to live, work and write - how would you sell it and what makes it so special?

As other ‘Close to Home’ writers have suggested on here, it’s probably better to keep that as our little secret.   So let’s just say it’s bleak on them there Moors, we drink far too much tea, the beer’s warm, we talk a bit funny and it’s at least twenty-five degrees colder up here.   You wouldn’t like it in Yorkshire at all!

In your research for books, do you visit any of the places you write about and which have made a lasting impression?

A sense of place is really important in a novel so I always like to recce or draw on places I already know.  I’ve worked as a freelancer for many years so have moved about the country a fair bit, and also been lucky enough to travel the world.  In Losing Juliet the narrative shifts from Manchester, Bristol, London, over to the South of France, Rome and Tuscany, so there are quite a few scene changes.  I love all the places I write about.  I think you have to; even if it’s gritty and dark you have to find something you love about it.

Writing is a solitary business - how do you interact with others?

Social media is amazing for linking up writers, readers and bloggers from all over the world, but there’s no substitute for face-to-face interaction.  Making real-life connections is so important, and joining a writing group is the best thing a writer can do I think.  I’m heavily involved in the local scene and help promote and support Yorkshire writing generally.  I’m on the Board of Script Yorkshire, a volunteer-led Organisation.  We’re a community of scriptwriters mainly, but we also have novelists and poets in amongst, and we put on workshops, page-to-stage events and have socials.  We have a very impressive list of patrons too, from Alan Bennett through to Sally Wainwright.

Another Organisation I help out with is Leeds Big Bookend, which calls itself the city’s ‘rock festival for words’.  I’ve done a Meet the Agent event with Bookend and we did my book launch together at the Leeds Library, one of Leeds’ secret gems.
There’s a lot going on in Leeds and Yorkshire now.  It’s really not difficult to find a writing group where you feel you can belong.

I’ve found local support really brilliant actually.  But you have to give a little to get something back.  I really do believe that.  Some writers expect too much.  As a debut author it can be a slow build, word-of-mouth.  I’ve been invited to book groups and to appear at local festivals and events.  I’m really not a ‘me, me, me’ sort of person but I do enjoy doing these things.  So feel free to approach if I haven’t approached you.
I’ve found my local press and BBC Radio Leeds to be very supportive too.

Where can people buy Losing Juliet?

Losing Juliet is available on Amazon both as an eBook and paperback.


A HarperCollins Killer Reads... a twisty psychological suspense about a friendship gone bad.

You can’t escape the past…
Juliet and Chrissy were best friends until one fateful summer forced them apart. Now, nearly twenty years later, Juliet wants to be back in Chrissy’s life.
But Chrissy doesn’t want Juliet anywhere near her, or her teenage daughter Eloise. After all, Juliet is the only person who knows what happened that night – and her return threatens to destroy the life that Chrissy has so carefully built.

Because when the past is reawakened, it can prove difficult to bury. And soon all three of them will realize how dangerous it can get once the truth is out there…

Huge thanks to June for giving us such a splendid introduction to her writing.