Blog Tour ~Another You by Jane Cable

Jaffareadstoo is delighted be part of the Another You Blog Tour 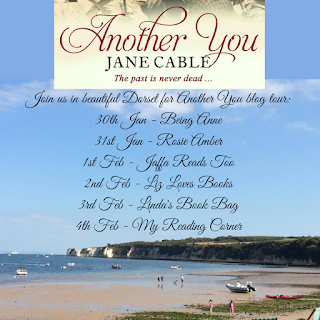 And to welcome back to the blog the author Jane Cable

Today , Jane is explaining to us the connection between her latest novel, Another You and World War II...

Like most novels Another You had many iterations before the final story fell into place. The first version was based on a real ghost story from Studland in Dorset where the book is set, but as I began to research the history of the area I realised there was actually something far more interesting going on.

On my first visit to Studland in 2009 a friend had taken me to Fort Henry, a huge concrete blockhouse overlooking the beach, and explained it had been built for D-Day rehearsals witnessed by the very top brass including Churchill and King George VI. What I didn’t realise at the time was the extent of those rehearsals, and the tragic fact that six men died during the first of them.

This was, in fact, kept secret for a very long while. I stumbled across the story when googling Studland in World War II led me to a naval history message board. On it was a thread about the rehearsals including a heartfelt plea for information from the son of one of the men who died. It was answered by tank restorer and WWII historian, John Pearson, and I got in touch with him.

John was generous with his time and his knowledge. His starting point had been the restoration of his Valentine Double Duplex tank which had been used in the first of the Studland D-Day rehearsals, code named Exercise Smash. Double Duplex meant that the tank was made seaworthy (or not, as the case may be) by the addition of a canvas skirt held up by hydraulics so it could power ashore from landing craft and be in action on the beaches straight away.

At Studland things did not go according to plan. Normally the most peaceful of bays, on the morning of the exercise the wind turned and came in from the east making the sea unusually choppy. The tanks were launched three miles out and seven of them did not make it to shore with the lives of six soldiers from the 4/7 Dragoon Guards being lost. Lessons were learnt by the British at least and on D-Day the tanks were launched much closer to the beaches. At Omaha, however, the Americans launched from 5,000 yards and only three of their tanks made it which had a massive effect on the loss of life there.

On the sixtieth anniversary of D-Day, helped by the National Trust and various arms of the military, John Pearson organised a permanent memorial to the men who died in Smash which was unveiled by one of their widows. He also brought his newly restored Valentine DD to Studland to put it through its paces. Ten years later it was back there again and I was lucky enough to meet John and to attend a moving memorial service at Fort Henry.

By then I knew that wartime memories would be central to my story. One of the few surviving veterans was there that day and so I created the character of George, a former soldier with a proud but cynical view of the war effort, who provides my heroine Marie with a direct link to the past. After The Cheesemaker’s House I had really wanted to write in a time where this was possible, where there was a character who could ground the smoke and mirrors in historical truth.

Even when I was close to finishing the book I felt there were huge gaps in my knowledge about everyday life in wartime Studland. I had joined the Facebook group of the local historical society and they put me in touch with National Trust warden Stewart Rainbird who had pulled together an oral history of the time by talking to locals who had lived through it. His knowledge enabled me to bring the whole period to life in more subtle ways, such as the constant noise of the shelling which went on for weeks – but stopped at weekends so that the ranges could be cleared.

Although Another You is set in 2004, what happened sixty years before is the vital beating heart of the story and the catalyst for change in Marie’s life. As a tribute to the men who died and in order to help survivors of combat I will be donating £1 to Words for the Wounded for every review on Amazon in the UK and in the US. 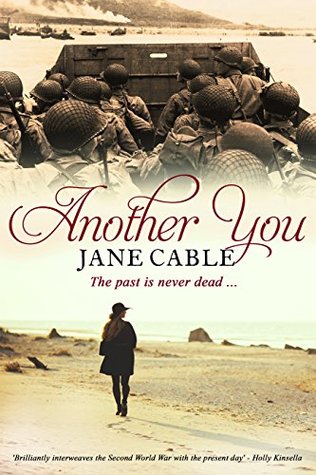 Marie Johnson is trapped by her job as a chef in a Dorset pub and by her increasingly poisonous marriage to its landlord. Worn down by his string of affairs she has no self-confidence, no self-respect and the only thing that keeps her going is watching her son turn into a talented artist.

But the sixtieth anniversary of a D-Day exercise which ended in disaster triggers chance meetings which prove unlikely catalysts for change as Marie discovers that sometimes the hardest person to save is yourself.

Huge thanks to Jane for this fascinating guest post and for the invitation to be part of her Blog Tour.

Another You is published by Endeavour Press