What Cumbria Means To Me 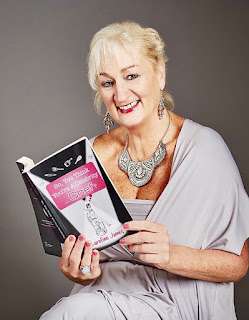 I was born in Cheshire and grew up in a small town. School was not a happy place for me and I left as soon as I got an opportunity. Working in the hospitality industry led me lots of different places but it was through an opportunity to buy an old pub that led me back to the North West and to the market town of Appleby in Westmorland.

Appleby is situated in the northern part of the Lake District and is known for the beautiful river Eden that meanders around the town. For one week, every summer, the river is filled with horses and visitors are entranced as they watch the gypsy owners buff and polish their prized beasts in readiness for sale and trotting races. The gypsy horse fair is loved by all who visit but hated by the locals who resent the invasion of their town. Thousands of tinkers, travellers, Romany gypsies and visitors descend on a huge field to celebrate the annual gathering, located on a Roman road not far from Gallows Hill - named after the public hangings that were carried out there. King James II made a royal charter in 1685 permitting the fair and to this day it remains a ‘people’s fair’. For me, the fair meant a great deal of hard work in the pub and most businesses closed but I always enjoyed meeting the gypsies and serving them and listening to fascinating tales of life on the road.

Years later I decided to write about the fair and my debut novel, Coffee Tea The Gypsy & Me was born. The fair is so colourful and such a perfect setting to weave a story around. Appleby is a classy little market town with lovely shops that retain a great deal of character. Pork and apple pie from a deli on the main street is a must, to be savoured whilst sitting on a bench by the river, as the thwack of leather on wood echoes from the cricket pitch alongside.

When the pub sold, I moved six miles north and bought a country house, which became a hotel and this too was featured in my first book and is the base for further books featuring two of the main characters. In Coffee Tea The Caribbean & Me I continue to write about the Lake District and it’s quaint towns and pretty villages. I adored the beautiful fells and countryside that surrounded my hotel and spent every opportunity tramping through the fields that led to the river Eden and beyond. On a Sunday, I would take a day off and head for Ullswater with my son and faithful old collie, Pippa, where we would enjoy a picnic by the tranquil lake followed by scones, often in the garden of a tea room at Pooley Bridge which still serves a great cream tea today. I visit this part of the world whenever I get an opportunity. Whatever the season it has a charm that pulls me back and I find inspiration in the countryside that inspired so many great writers including William Wordsworth:

“I wandered lonely as a cloud, That floats on high o'er vales and hills, When all at once I saw a crowd, A host, of golden daffodils; Beside the lake, beneath the trees, Fluttering and dancing in the breeze.”

The north west has such a lot to offer and if you veer off the busy motorway and head to my favourite area, the northern lakes, you will find some hidden gems by way of villages and walking routes that lead to some of the finest views in the UK.

Find out more about Caroline on her website by clicking here

Caroline James has owned and run businesses encompassing all aspects of the hospitality industry. She lives in Cheshire and spends her time writing, climbing mountains and running a consultancy business. She is a member of the Romantic Novelists Association and Feature Editor for an online magazine.

Her debut novel, Coffee, Tea, The Gypsy & Me is set in North West England, in a country house hotel at the time of a famous gypsy horse fair. The book went straight to number three on Amazon and was E-book of the Week in The Sun newspaper. Her second novel, So, You Think You're A Celebrity...Chef? is set in London and Ireland with much of the action taking place at an annual Gourmet Food Festival near Cork. The story takes a light-hearted look at the world of celebrity chefs as they battle it out for fame and fortune: "AbFab meets MasterChef... A 5 Star read!" Coffee, Tea, The Caribbean & Me is set in Cumbria and Barbados and is an Amazon best-seller. A finalist at The Write Stuff, LBF 2015, the judges commented: "Caroline is a natural story teller with a gift for humour in her writing." Jungle Rock, a novella, published in winter 2016 and Boomerville – Caroline’s latest novel based in the North West is coming soon!

Caroline also writes short stories and contributes to many publications. She is a public speaker, reviewer, food writer and founder member of The Cheshirati

Huge thanks to Caroline for sharing her love of the north west with us today.

I hope that you've enjoyed this Close to Home feature