Jaffareadstoo is delighted to be hosting today's stop on The Orphan's Tale Blog Tour
with a special guest post from the author, Pam Jenoff 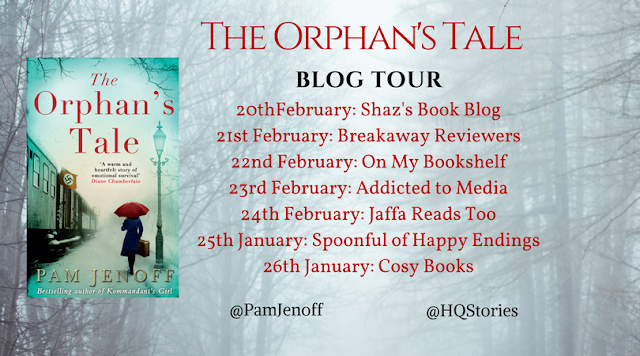 Learning To Love The Circus
by Pam Jenoff

True confession: I don’t like the circus. I have vague memories of going once or twice as a child. I’ve avoided taking my own children because of all of the reports of animal cruelty. I was not particularly heartbroken by the recent announcement that one of the longest running circuses in the United States, Ringling Brothers, was shutting down.

So why did I choose to write about circuses in my new book, The Orphan’s Tale? I didn’t plan on it. I was researching in the Yad Vashem virtual archives when I came upon the remarkable story of the rescuers’ circus, a German circus which had sheltered Jews from another circus family during the Second World War. I was intrigued: I have written about the war for over a decade, yet I had never heard of such a thing. Researching further, I made another amazing discovery: a history of Jewish circus dynasties, some with a dozen children and multiple traveling circuses, which had persisted for centuries and were wiped out by the war.

As I read, I found myself crafting a story of two women: Noa, a young girl fleeing with a child, who finds shelter with the circus, and Astrid, a Jewish aerialist from one of the great circus families. There were so many fascinating things to learn. First, I learned about how the circuses traveled operated. I never knew there was so much strategy to how the ring is set up and how they sequence the acts. I also had to study how they were able to persist through the war and the toll it took on them. Finally, I learned a great deal about aerial arts, an especially flying trapeze. I even had an aerialist on call to answer questions!

One question I’m often asked is whether I had to go see the circus as part of my research. I wrestled with that; as I mentioned, I don’t like the circus, but I wanted to be thorough. Ultimately, I decided not to go because the modern American circus is very different from the traditional European circus and I didn’t want to distort my research. So I relied on books, periodicals, old movies, photographs and first person narratives instead.

After spending more than a year with the circus, I can still honestly say I don’t love it. But what I learned is that these were not circus stories. These were human stories, of families and fortunes, of lives lost and saved. The circus of life, a topsy-turvy series of tumbles and lifts that leave us all breathless, of failure and redemption and ultimately of heroism and hope. And who doesn’t love all that in a book? 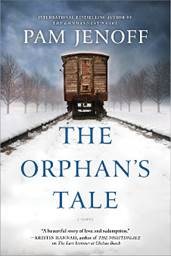 Cast out by her family in Nazi-occupied Holland, seventeen-year-old Noa saves a baby from a train bound for the concentration camps, fleeing with him in the snowy night into the woods surrounding the tracks. She stumbles upon a German circus, led by the famous Herr Neuhoff, where each performer has their own history and secrets. They agree to take in Noa and the baby, on one condition – she must earn her keep, and the circus is short of an aerialist. Noa will be trained by the star trapeze artist, Astrid, but first they must learn to trust one another: as they soar high above the crowds, there are more than just their own lives at stake. And as it becomes clear that even the circus cannot hide from the war forever, loyalty may prove the most dangerous trait of all.
The Nightingale meets Water For Elephants in this powerful story of friendship, love and sacrifice loosely based on several true stories from World War II, uncovered by Jenoff in her research. 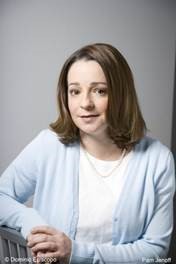 Pam Jenoff is the internationally bestselling author of several novels, including The Kommandant’s Girl, which was a finalist for both the Quill awards and the American Library Association’s Sophie Brody Medal.  Pam draws inspiration for her books from her service as a diplomat for the State Department in Europe working on Holocaust issues, and her experiences as the politically-appointed Special Assistant to the Secretary of the Army at the Pentagon.  She also practiced law at a large firm and in-house, and is on the faculty of Rutgers School of Law.  Pam received her bachelor’s degree in international affairs from The George Washington University, her master’s degree in history from Cambridge University, and her juris doctor degree from the University of Pennsylvania.  She lives outside Philadelphia with her husband and three children.

Find out more about Pam on her website by clicking here

at Midas PR for her invitation to be part of this blog tour.