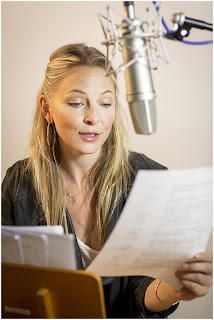 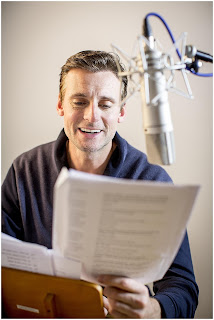 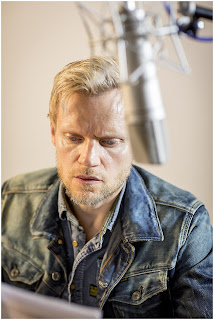 Drawing influences from Poltergeist, Stand By Me and E.T. and other Spielberg classics, the story unfolds in the small coastal town of Harmony Bay, Oregon. Still reeling from a sudden and profound family tragedy, Sheriff Cody uproots his elder son Michael, and younger daughter Amy, from the chaos of Orlando to begin a new, more relaxed life in the Beaver State. Soon after their arrival however, this new-found tranquillity is disturbed by a succession of brutal but mysterious deaths. As the plot twists and turns its way through small-town secrecy, psychiatry wards and the supernatural, Cody comes under increasing pressure to solve each new case whilst keeping his family safe from harm.


When I first opened the Audible file of Monster 1983 and saw that there were 190 chapters I must admit that my heart sank a little, but then I discovered that some of the chapters are very short and take only a few minutes. And to be honest, once the story begins, both the chapters and the hours fly by very quickly.


The story is creepy from the offset, the small coastal town of Harmony Bay comes alive with intrigue and as the new sheriff tries to investigate a series of macabre killings you can’t help but be drawn into the whole creepy scenario.

The fact that Monster 1983 is a dramatic production of several voices gives the story a noticeably theatrical feel and I found that each individual narrator brought something very different to the story. I really enjoyed the distinctive and individual nature of their interpretation.

In many ways Monster 1983 is a chilling but entirely plausible version of small town America. Harmony Bay is a place of secrets. It is a town where petty grievances are allowed to fester and where control and domination go hand in hand. The chilling nature of the supernatural content grows gradually but with real intent until the malice and mayhem which is evoked becomes frighteningly realistic.

Monster 1983 is definitely one of those productions that you want to listen to with all the lights on and, preferably, not too late at night!


Best Read With ...A caffeine laced-Americano and generous slices of freshly caught tuna.. 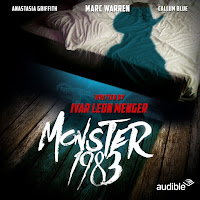