I've fallen in love with these rather special poetry pamphlets which you can send instead of a card. They are beautifully presented and a real joy to read.

Here are my thoughts about the three latest ones :


Ten Poems about Friendship
Selected and Introduced by Lorraine Mariner 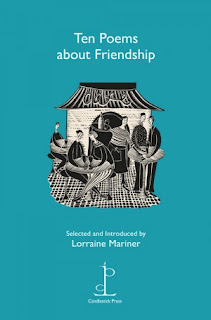 Literature, both in prose and poetry has extolled the virtue and the value of true friendship. In this wonderfully presented pamphlet the idea of friendship is demonstrated in all of its many guises. From Stevie Smith's The Pleasures of Friendship through to the Inventory by Lorraine Mariner which offers a wry look at the benefit of Facebook friendship.
However, my absolute favourite is the very last of the ten poems and is entitled quite simply Friendship by Elizabeth Jennings, it is beautifully expressed and quite special.


The Wood in Winter
By John Lewis-Stempel 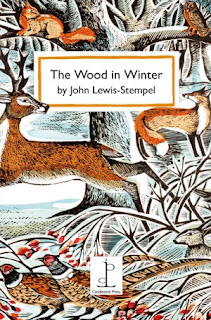 The beautiful whites and russets of the front cover of this pamphlet conjure perfectly a winter woodland. You feel that you could reach right out and touch the rich red pelt of the shadowy fox and catch a secretive glimpse of the shy grey hare as it peeps just inches away from the running deer.

Inside is a story which warms the heart and soul. Beautifully written, this is one man's journey though Pool Wood, the woodland of his childhood, and the thoughts and feelings expressed are perfectly in keeping with the idea of how much nature means to us. There's a nod to Shakespeare's King Lear in the haunting "Still Through the hawthorn blows the cold wind", and a touch of superstition and folk lore, which combined forms an imagery which is quite stunning. Interspersed as it is, with glorious illustrations from the natural world this is, without doubt, one of the nicest pamphlets I have ever seen. 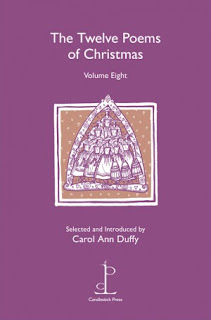 This glorious collection of twelve poems associated with Christmas allows a glimpse into the many facets of Christmas we so often take for granted.With a mixture of poetry, both old and new the festive season comes alive in the imagination. Two of my favourite poets have been included, John Keats and Robert Graves, and their work sits very comfortably alongside Stevie Smith and other more modern poets, who are perhaps less well known, but whose work is no less impressive.

And for the purists there is also a complete rendition of The Twelve Days of Christmas, well, it's always useful to know just how many pipers were piping.

Candlestick Press is a small independent publisher who produce a really impressive array of poetry pamphlets which suit any occasion. I'm always impressed by the quality of these booklets which are really lovely to look at and a joy to read. The quality of the paper on which they are printed, the fact that they also include an envelope, a letter seal and a beautifully coordinated book mark, make them something quite, quite special.

You can find out more about these titles by clicking here

My thanks to Candlestick Press for the opportunity to read these beautifully presented pamphlets and also to Lauraine Jordan at Trumpet Public Relations for organising my review copies.