The author in my spotlight is ....Harriet Steel 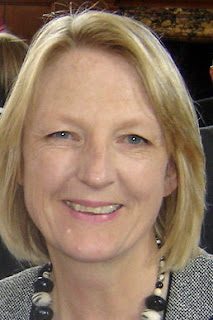 Hi Harriet, thanks you for coming back to see us again. It's always a pleasure to welcome you to Jaffareadstoo.

Reading has been a passion for most of my life and the crammed bookshelves in the little study where I write are a testament to that. The invention of the e-book came just in time, even though I still find there’s something special about reading a ‘real’ book.

Perhaps, with my love of reading, it was inevitable that I would eventually decide to try my hand at writing too. I began, as many people do, with short stories. They’re fun to write as, being short, one can easily try out a variety of genres and if an idea doesn’t work, you haven’t lost too much time. I sent my better efforts up to magazines and was encouraged when they were accepted. I always remember the buzz of getting my first cheque! I also entered competitions. One of those was a national competition organised by the BBC who used it as the springboard for a six-part series called End of Story. The idea was that six well-known authors would write the first half of a short story, then contestants would have a thousand words to add the ending.

I chose a story by Joanne Harris and, to my delight, ended up in the final three of my section. This meant that I took part in one of the episodes, which was a fascinating experience. Our presenter (Claudia Winkleman in her pre-Strictly incarnation) and the charming production team whisked the three of us off to the Dartington Literary Festival where we read our stories and took part in a Q & A session with the audience. After that, it was off to the Dales to meet Joanne at her lovely Victorian house where she talked to us about our writing and delivered the final verdict. I came second, but the experience was in no way dimmed by that.

It was during a session in the Japanese Garden, something that Joanne and her husband didn’t even realise was there when they took over the house and its overgrown grounds, that Joanne gave us the best piece of advice I’ve ever heard for aspiring authors: ‘Drop the word “aspiring” and just write.’

That’s what I’ve been doing ever since, and I’ve published five novels so far. My first was Becoming Lola, a biographical novel about the notorious Victorian adventuress, Lola Montez, who was in her day second only to Queen Victoria in fame. An Elizabethan adventure and two historical novels set in nineteenth century Paris followed, and now my first venture into the crime genre, Trouble in Nuala.

What can you tell us about Trouble in Nuala without revealing too much?

Trouble in Nuala is the first in a planned series entitled The Inspector de Silva Mysteries. The setting is Ceylon (now Sri Lanka) in the 1930s, a time when the island was still a British colony. My main character, Inspector Shanti de Silva, has had a successful career in the police force of the bustling capital city, Colombo, but in middle age, he’d like something more restful. For the first time in his life, he also has a happy and settled personal life with his new English wife, Jane; the offer of promotion to a post in the hill town of Nuala seems the perfect solution. Unfortunately for de Silva, Nuala isn’t quite as sleepy as he’d hoped and an arrogant tea planter with a lonely wife, a crusading lawyer and a suspicious death present him with a riddle he will need all his experience to solve.

How did your recent visit to Sri Lanka shape your novel?

It was crucial. Without the visit, it would never have occurred to me to choose the island as my setting. To me, Sri Lanka encapsulates the best of all worlds. It has the beauty and exotic culture of India but none of the terrible poverty and overcrowding one sees in the island’s larger neighbour. The charm and friendliness of the people are very beguiling too. It was wonderful to see how, in only a few years, they have managed to put the tragedy of civil war behind them and take their country forward. I was so impressed by the reverence for education which is seen as something to prize. When we saw children walking to and from school, or in the playgrounds, I was struck by how immaculate their uniforms were (all white in the case of the girls) even though there’s a lot of dust around. People are patriotic. On several occasions, our guide explained we must wait quietly while the national anthem was played over loudspeakers. This pride in the country and love of learning were some of the characteristics I wanted to give to Shanti de Silva.

The experience was also a rich one in terms of scenery and wildlife. Sri Lanka is a feast for the senses with its abundance of exotic birds, animals and flowers. I came home filled with enthusiasm for getting the flavour of it all down on paper.

Why did you chose to set Trouble in Nuala in the 1930s and not in the present day?

The 1930s appealed to me because it was a time when Ceylon was still a British colony. That gave me the chance to explore conflicts and contrasts between the British colonials and the people of Ceylon. I felt these would add another layer to the story that would help it to stand out from the general run of murder mysteries

In your research for Trouble in Nuala, which of the places you visited made a lasting impression and why?

It has to be the hill country where the tea plantations are situated. Of all the areas we visited, it was the most beautiful, very green and lush with marvellously clear air and balmy temperatures. (At least to those of us used to an English winter. In February, when we were there, many of the locals had their coats on!) The main town, Nuwara Eliya, is the model for Nuala. Rather like Simla in India, it has a very English feel to it.

And finally, how would you describe Trouble in Nuala in 5 words?

Thank you so much Jaffa and Jo for a lovely interview. I’ve really enjoyed being with you.

If readers would like to know more about my books, they can find information on my Amazon page

Trouble in Nuala is available on Kindle or in paperback

Harriet blogs about history, art and writing in general at http://harrietsteel.blogspot.co.uk/

My thanks to Harriet for being a lovely guest today and for sharing her thoughts about her novel, Trouble in Nuala.