Hallowe'en is one of our oldest traditions which is believed to have its roots in the Pagan festivals, and more particularly in the Gaelic ritual of Samhain.

Traditionally observed around the world on the 31st of October, Hallowe'en heralds that special time between the worlds on the eve of the Christian feast day of All Souls.

At this time of year I always try to have a Hallowe'en themed story on the go and this year I am highlighting some really special spooky stories from the publishers, Alma.

As they relax after dinner on Christmas Eve, the members of a family and their guests turn to telling ghost stories. These ghoulish accounts range from the melancholy to the macabre, and get increasingly bizarre as the ghosts leap out of the tales and make an appearance in the family’s home. Fact and fiction, the real and unreal collide, until the reader is not sure who is haunting whom.

A masterful work of comic horror, Jerome K. Jerome’s After-Supper Ghost Stories is a witty look at why Christmas Eve is so perfect for ghost stories and why ghosts love the Yuletide season. 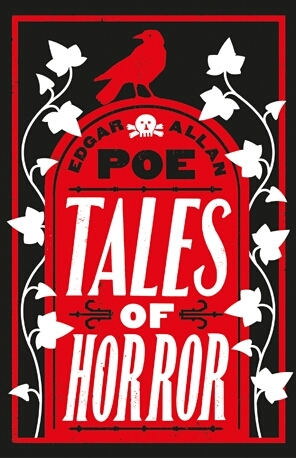 Immensely popular both during and after his lifetime, and a powerful influence on generations of writers and film-makers to this day, Edgar Allan Poe is still counted among the greatest short-story writers of all time and seen as one of the initiators of the detective, horror and science-fiction genres. 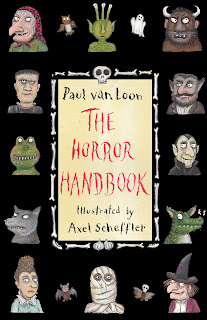 Full of tips, anecdotes and trivia – and delightfully illustrated by Axel Scheffler – Paul van Loon’s Horror Handbook is a fun and fascinating reference book for all fans of scary stories and things that go bump in the night.

Who or what is your favourite spooky story or spooky character?


Jaffa will pick 3 spooky names out of his witches hat on Wednesday 2nd November!!

Huge thanks to William at Alma Books for generously providing these amazing giveaways.