The author in my spotlight is ...G K Holloway

On the 950th anniversary of the Battle of Hastings 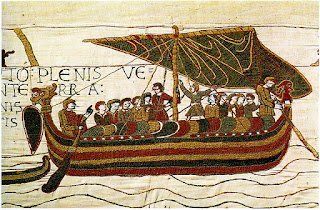 I am delighted to introduce the historical fiction writer 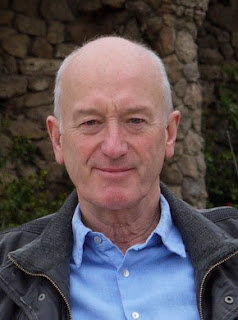 
Tell us a little about yourself and what got you started as an author.

I live in Bristol with my wife and two grown up children. I divide my time between working in the family business and writing novels. I’ve always wanted to write but for a long while I could never find the time. Now, thanks to modern technology, a supportive wife and enough slack in my week to write, I’m able to work on the things that interest me most, and I’m fortunate enough to know how lucky I am.

Quite a few years ago, my wife Alice, bought me The Last Anglo Saxon King by Ian Walker as a Christmas present.  Up until then, I’m ashamed to admit, I didn’t know much more about the Norman invasion than most other people. However, I found the whole period and its characters fascinating; I just read more and more about Anglo Saxons, Vikings and Normans until eventually I thought the world ought to know what a fabulous story lies behind the famous date. That’s when I got started.

Have you always had an interest in history and what makes 1066 such a special year to write a novel about?

I’ve always loved history, literature and films. I think that at heart, I just love a good story. There are a lot of them around but I never thought I’d write one, however, I found the history of 1066 so compelling I just had to write my version. The period is full of schemers, at home and abroad, positioning themselves for a power grab and some of these characters are not at all fussy about what methods they use to get their way. At the centre of all this is a decent man upon whom the future of the kingdom hangs. He is an able politician and a fine general but there are just too many conspirators and too much skulduggery even for him to handle. Add to this mix is fate seemingly conspiring against him, even during the Battle of Hastings, which was so closely fought, that at any time some small event could have changed the outcome. If only it had rained history might have taken a different course and you can’t help but think about what could have been.

Some battles are fought between factions who are really quite similar to each other and who wins and who loses is, to most us, immaterial. Other battles have results that echo down through the centuries; Hastings is one of them, it was a pivotal moment, so it’s not just a case of what if but what could have been. When you think about England’s history and the part the country has played globally, the world might even be a different place today had Harold been victorious. So, when I thought about that I couldn’t understand why no one had made a major film or TV series about it and after all, 1066 is a real Game of Thrones and that series is immensely popular. I thought everyone would find the story of the fall of Anglo Saxon England engaging. At that time, I couldn’t find any films or books, other than text books, about the events that led up to Hastings, so, I decided to write one myself.

How you plan your writing, are you a plotter or are you a see where it goes kind of writer?

I’m don’t see myself as either of the above. I’m more of an onion peeler. Let me explain.

The story of 1066 comes with a ready-made plot, or at least, most of one. The Bayeux Tapestry gives us great insight into many key events, although some obvious ones, the Battles of Fulford and Stamford Bridge, are omitted.  There are other sources too, the Anglo Saxon Chronicle and the Sagas. It’s surprising how much information there is available on such a distant time period.

Peeling back the layers to discover how a victory was won, what were the motives and methods of the protagonists, asking questions, for example, how Edith felt when Edward vowed not to produce an heir, thus dooming her to a childless marriage? Why did William think he had a right to the English crown? It’s a question of peeling back and peeling back until you feel you can’t peel back any further. I think in doing that the characters come to life, seem less distant, more real.

You’re writing is very atmospheric, how do you ‘set the scene’ in your novels and how much historical research did you do in order to bring 1066 What Fates Impose to life?

I found myself researching all sorts of nooks and crannies of history. Ship building techniques, 11th century church organs, water mills, herbal remedies, pagan marriage ceremonies, horse breeds, weaponry, even Anglo Saxon recipes.  I’ve also visited places like Stamford Bridge, Battle Abbey, Bayeux, Bosham and more. So, I’ll have researched a scene before I write about it. I’ll write the outline and then put in the details. I try hard to envisage the scene and whenever possible I’ll play some appropriate music to help fire my imagination. Whether it be a candle lit assassination or a full blown battle and I like to add to it experience of my own.  I used to do a lot of horse riding so I was able to use some my own experiences in my novel. Being a natural day dreamer helps when creating scenes.

Whilst you are writing, you must live with your characters. How did you feel about them when the book was finished? Did they turn out as expected and do you have a favourite character.

Live with my characters? You need to have a word with my family, they think I live in 1066. How did I feel about them, my creations, once I’d finished the book? Most of the characters really existed and whether I liked them or not, I tried to see things from their point of view, to stay as true to them as I could. Some grew out of the research others out of my imagination. Most were a combination of the two.

The character I like the most is Harold; I think he had the touch of the ‘everyman’ about him. He became king almost by accident. He was on track to become an earl and remain that way. Then we have a series of events, Edward the Confessor refusing to produce an earl, Edward the Exile dying and Edgar the Atheling was too young when it became time for him to take the throne. There is little to be found about Harold, other than he was tall, strong, handsome, courageous, loved hawking, dallied and was too liberal. He ‘made some good laws’ but we don’t know what they were. There is more information to be had on William, mainly, I suppose, because he was the victor. My descriptions of him are accurate and most of the things he did in my novel are recounted in various histories. The other characters, I based on their actions and some I admired, even the Normans and others. This is one character I don’t particularly care for, Ralph Pomeroy, I absolutely loathe him. He started life as an extremely minor character. I wanted to let the reader know, if they didn’t already, that the Normans weren’t just expanding into England but around Europe too. So I had a freelance Norman soldier in Scilly, answer William’s call. That was all he was going to do. As the pages past by he started coming to life – a real Frankenstein’s monster – and he acts as a conduit for everything that’s worst about the Normans. He is making an appearance in the sequel, something else I never envisaged. I have quite an adventure planned for him.

What do you hope readers will take away from your book?

On one level, I hope readers simply enjoy a good story, beyond that I hope they learn something, feel that history has been brought back to life, and that they’ve been transported to the heart of the action, have an insight into Anglo Saxon England and see it in a new light for what it was, not some Dark Age backwater but a dynamic, wealthy, creative proto democracy – albeit imperfect – and I hope some of my passion for the era rubs off and they want to learn more. Just as long as they don’t use it as a cure for insomnia I think I’ll be happy.

And finally, if your novel were being made into a move, who would you cast on the lead roles?

So, there you have some of my ideal cast; I told you I was a daydreamer. If they were to accept their various roles and you can afford to pay their fees and at a time when none of them have other commitments, you will probably have performed a miracle.


Huge thanks to Glynn for being my author in the spotlight today and for sharing his thoughts about the writing of 1066 What Fates Impose so eloquently.

Thanks to the author's generosity you can win a signed copy of 1066: What Fates Impose in this ( UK only ) giveaway