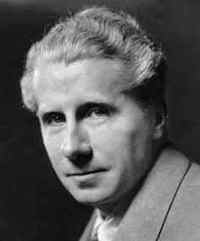 The author Hugh Lofting was a British author and Civil Engineer who created Doctor Doolittle, one of the classics of children's literature.

He served with the Irish Guards during the 1914-1918 conflict and created the character of Doctor Doolittle to amuse his children in the illustrated letters he sent home from the trenches. His experiences on the Western Front were considered either too horrific or too boring and so he created this much loved fictional character. Lofting was seriously wounded in the war but returned home where he developed the stories further.

The Story of Doctor Dolittle, Being the History of His Peculiar Life at Home and Astonishing Adventures in Foreign Parts

No one loves and understands animals like the eccentric nineteenth-century physician Dr. Dolittle—who masters animal language with the help of Polynesia the parrot. After his human patients desert him, the kind-hearted doctor finds his calling in practicing animal medicine, and his fame spreads far and wide. When a terrible epidemic breaks out among monkeys in Africa, Dr. Dolittle sets out to save them, accompanied by some of his favorite pets. Thus begins the amusing, whimsical adventures of Dr. Dolittle and the animal kingdom. Hugh Lofting, winner of the 1923 Newbery Medal for The Voyages of Dr. Dolittle, has a gifted knack for imbuing unique, distinct personalities in his characters human and animal alike.